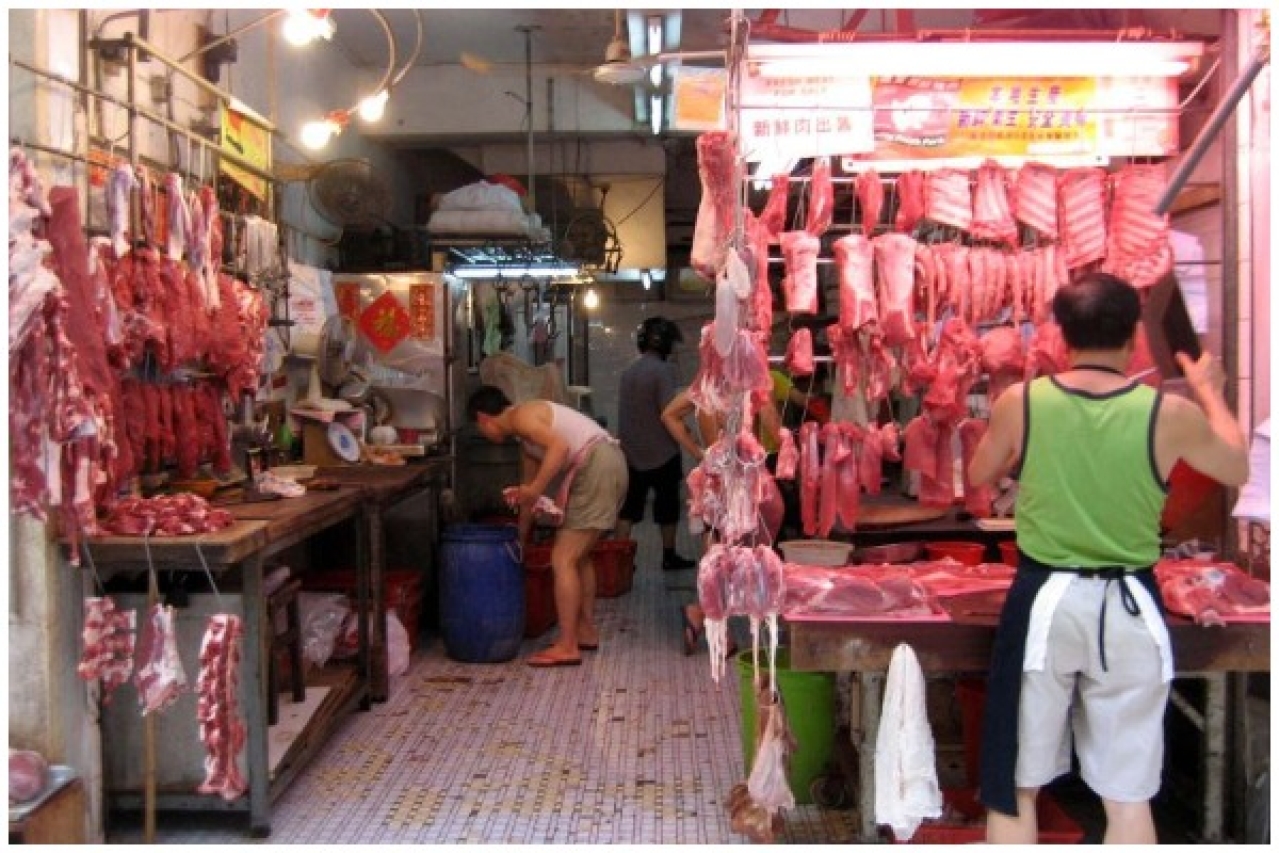 In these times of novel-Coronavirus, and the supposed threat it poses to human existence, it is worth pondering over who really is the virus, and who is the victim.

Guess which species is responsible for causing the complete extinction of the most number of other species on this planet?

Let us consider the case of the Homosapien.

For thousands of years this species co-existed in its natural ecosystem with millions of other species and organisms.

It had accumulated enough evolutionary tricks over the years so as to be able to survive the hostile conditions on the planet, while at the same time it was weak enough to remain a humble member of this complex chain.

Two particular events led to an upsetting of this delicate balance.

As forests were cut down and burnt to make space for food farms, the natural biodiversity of both flora and fauna was destroyed and replaced with monoculture.

Day-to-day survival and hunger threats of humanity were overcome and man turned from a constantly-on-the-move hunter-gatherer to a settled city-dweller. The human population started to grow at unprecedented rates.

New skills and tools were developed which led to the growth of organised mining of minerals.

These developments presented a major shock to the Earth’s ecosystem. However, human numbers though growing were still insignificant on the planetary scale and nature was still in-charge – man had limited answers to Nature’s challenges like floods, droughts and diseases.

Though humans ended up becoming the dominant species of the planet, they were still dependent on Nature’s bounty and learnt to live in harmony with her.

However, it was with the advent of the Industrial Revolution some 250-odd years back that this happy equilibrium was permanently disturbed and mankind started displaying its virus-like behaviour.

The fossil-fuel powered 24x7 manufacturing frenzy unshackled production from the constraints of making things by hand and gave us the capability to produce virtually unlimited quantities of goods in short time.

The giant factories that have mushroomed around the globe over the last two centuries have a voracious appetite that can only be met by providing, on one end, an unending supply of minerals and, on the other, an ever-consuming class of consumers.

The first end is being met by rapacious exploitation of the planet’s natural resources. Rampant deforestation is leading to permanent loss of entire species of trees and animals. And the second end is taken care of by creating a consumerist culture where nothing is ever enough.

The capitalists have perfected the art of selling us their goods – by making us forever feel inadequate. Any mall is filled only with outlets selling clothes, shoes, make-up, home décor, electronics, food, cinema and entertainment.

Do we stop to ponder how much of it we really need? No, because we are constantly surrounded by messages that we need to buy that new fashionable dress, we need to replace our existing phone with the latest model, etc.

But this is not how humans have lived for 99.999999 per cent of the time they have been in existence on this planet. The way we live now has become the norm only in the last 60-70 years, ever since the end of the second World War.

In the last few decades, capitalists have completely taken over the reins of the human society and they are dictating how human life should be lived.

It is a very Western capitalist definition that simply means Unlimited and Unnecessary Wasteful Consumption, which is achieved by plundering and exploiting more and more of Earth’s natural resources, spewing more carbon in the air, contaminating water supplies, generating more and more non-degrading trash and so on.

Politicians and governments are judged only by how many factories and jobs they generate. “Growth” means going to the inner-most communities who are still living in harmony with nature – to the Amazonian tribes, to the African bushmen, to the simple and happy agrarian Asian villages – and asking them that where are their roads, their cars, their mobiles and TV sets and their shopping malls.

This is what is now understood by growth. And all this for what? Only so that the capitalists can grab more and more of that imaginary human construct called money.

So can we contain this virulent behaviour, before we permanently destroy our host planet?

I think we can.

How can we do it?

The first step towards any solution is to spell out the problem clearly. It is evident that unbridled capitalism in its current form is a serious threat to the survival of humanity itself. Although this may appear to be a very dramatic statement, there is no option but to face this squarely and recognise it for what it is.

Once we are ready to admit this as the problem, the solution presents itself. We cannot, must not, expect governments and politicians to do anything about it.

No politician would every have the courage to tell his people that he would not deliver factories and offices and jobs and growth. He would immediately be labelled a communist and shoo-ed off.

We are already seeing that inter-governmental talks on arresting climate change are a dismal failure. Each nation looks towards the other to be the first one to bite the bullet and say no to factories. In fact, climate change is even being called a giant hoax.

Instead, the change has to start with each one of us. We must reverse this capitalism-induced lifestyle. We must learn to push back the relentless nudgings towards unlimited consumption and embrace minimalism and contentment as a way of life.

This means saying no to that new dress, to that new electronic item, to that unnecessary vacation and travel, to that disposable plastic, to that sugary starchy snack, and so on. We must be constanly mindful of the carbon footprint that every action of our leaves behind. We must give up the need to keep up with the Joneses.

Once the number of people and families following minimalism reaches a critical mass, this new way of life would spread exponentially as more and more people would start taking pride in sustainable living.

Governments would sit up and take note. Politicians and governments are a product of the society, and not vice-versa. Policies will be modified as per the new reality.

The second step needed to be taken in this new order of things is population control. Governments would take steps to start achieving a gradual reduction in population levels, which would further ease off the pressure on natural resources.

One can critique that these are over-simplified romantic solutions to highly complex problems. Yes, there are many questions that can arise – if not constant growth, then what would be the driving purpose for nations and corporations; isn’t these steps akin to reversing the wheel of progress; what would people do with for leisure and recreations if not shopping, mall trips and vacations, etc?

Well, there are no answers available right now on how such issues would pan out, except to say that our society would learn to adapt to the new way of living and answers to these questions would develop over a period of time.

The human species has survived millions of years and emerged as the dominant species because of its remarkable ability to adapt, to understand the survival threats and to mitigate and resolve those threats.

We’ve survived the wild, the floods, droughts, ice ages, tsunamis, earthquakes, lightning strikes, diseases and epidemics, world wars, nuclear disasters, dictators and despots. Surely we will not allow a bunch of short-sighted greedy hoarders to wipe us out.