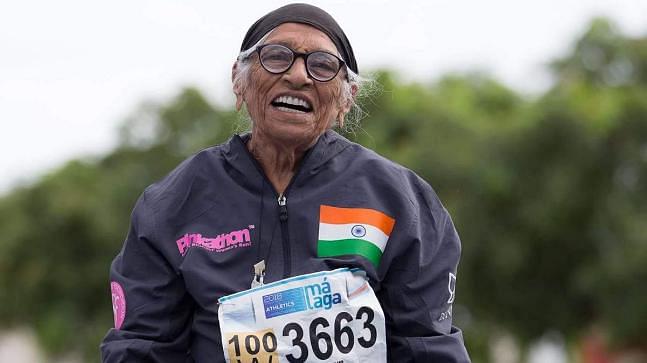 Aged 104 years, Man Kaur will today (8 March) be felicitated with the 'Nari Shakti Puraskar' by President Ram Nath Kovind at Rashtrapati Bhawan on the occasion of International Women's Day, reports Times of India.

Kaur will be honoured with the award for her tremendous achievements in the domain of athletics. Over the years, she has won the nation 30 medals in track and field events held across the globe.

It should be noted that Prime Minister (PM) Narendra Modi will also be holding an interaction with Kaur and other awardees at his residence today.

The award has been instituted by the Government of India to recognise the exceptional work accomplished by individuals towards women empowerment. It is to be awarded once each year. The award especially aims to honour the work done towards empowerment of vulnerable and marginalised women.