2019 Lok Sabha Elections: I Would Have Loved To Take On PM Modi From Patna Sahib, Says Shatrughan Sinha 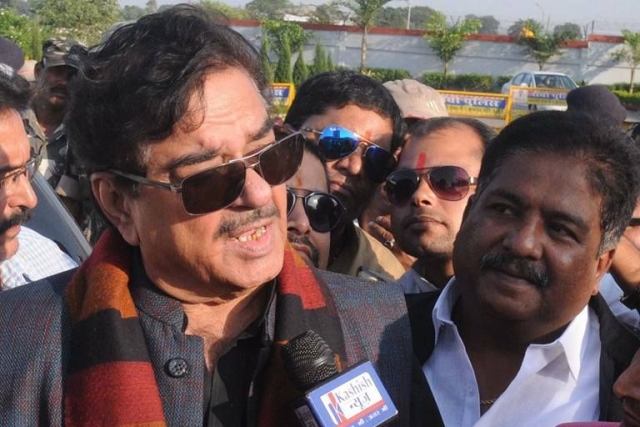 Former Bharatiya Janata Party leader and Member of Parliament Shatrughan Sinha, who recently switched his political allegiance to the Congress, said on Saturday (13 April 2019) that he “would have loved” to fight against Prime Minister Narendra Modi from the Bihar's Patna Sahib seat, reports Hindustan Times.

“There was news in some quarters that Modi himself will enter the fray from Patna Sahib on a second seat in addition to Varanasi ... What happened?...I would have loved to take on him on the seat,” Sinha told PTI, as reported by HT.

According to the report, fighting on a BJP ticket, Sinha had won against famous Bhojpuri actor Kunal, who was fielded by Congress from the seat in 2014. Before that, in the 2009 Lok Sabha elections, he had defeated fellow Bollywood colleague and Congress candidate Sekhar Suman.

Patna Sahib has reportedly been his stronghold for past two terms and in these polls, he will be contesting against senior BJP leader and incumbent Union Law Minister, Ravi Shankar Prasad.

As per the report, Patna Sahib Lok Sabha seat has six assembly constituencies under it out of which five are held by BJP at present and a lone one by RJD.