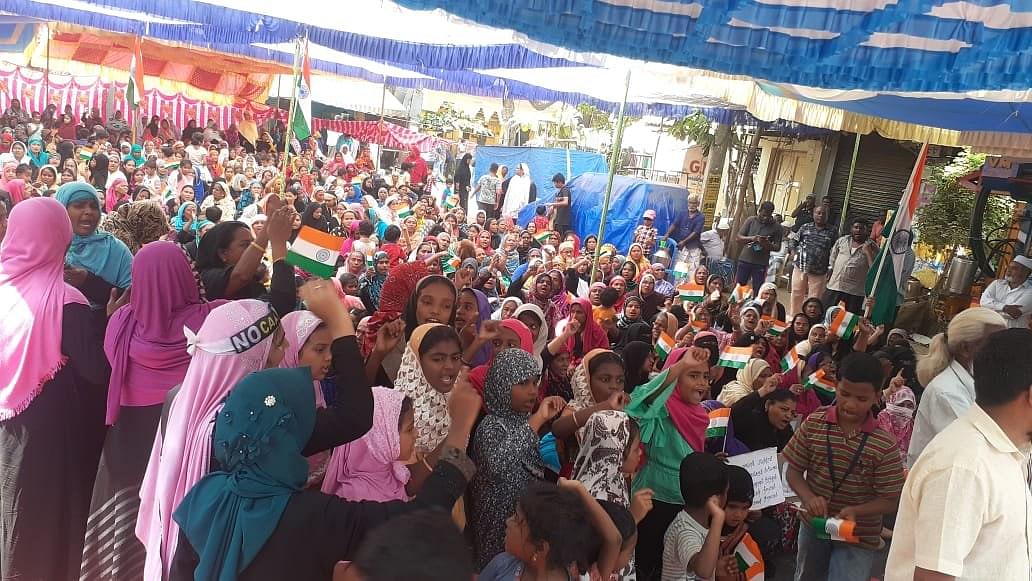 The incident on Friday led to sporadic protests across Tamil Nadu, including at Washermanpet in the city, where the violence erupted, but protesters subsequently called off the agitation, following talks with City Police Commissioner AK Viswanathan.

Four police personnel -- a woman joint commissioner, two women constables and a sub-inspector -- were injured in stonepelting, the police said, even as reports emerged that some protesters were also hurt.

Joint Commissioner P Vijayakumari sustained injuries on her head, the police said, adding that those wounded were admitted to a hospital.

Earlier, some agitators were reportedly removed from the protest site forcibly, leading to a commotion between them and the police.

The protesters accused the police of resorting to a lathicharge.

Some of the protesters were detained. Subsequently, more people gathered there demanding their release. As a result, security was beefed up in the area.

Viswanathan held discussions with community elders and representatives of Muslim organisations, following which all those detained were released, the police said.

”An amicable decision was arrived at in the meeting with Muslim organisations and they have announced that the agitation will be withdrawn,” a police officer said, adding that normalcy had returned to the area.