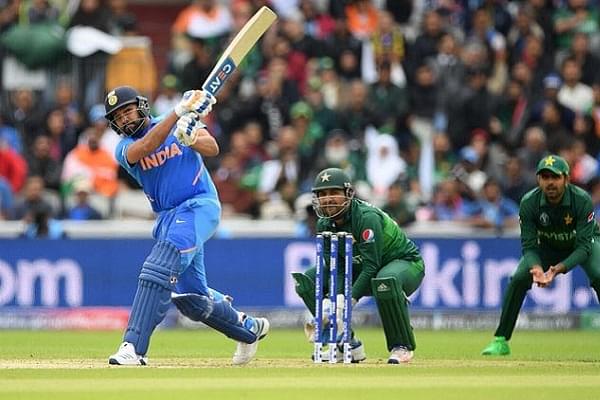 Rohit Sharma in action against Pakistan

After Pakistan chose to bowl first during its cricket world cup match against India, the Indian batting lineup thrashed the Pakistani opening bowlers to enter the driving seat of the much anticipated encounter.

The man leading the front was opener Rohit Sharma who smashed a century in just 84 balls before being eventually dismissed after scoring 140 in 113 balls. All the Pakistani bowlers except Mohammed Amir and Imad Wasim were taken to the cleaners by the Indian batting lineup.

Taking advantage of India’s strong performance, twitter users decided to smash their own boundaries in form of hilarious memes and tweets which soon went viral.

Pakistani fans on the other hand were visibly disappointed in their team’s performance and mocked the team in their own way;

At the time of this report’s publication, India has scored 286 runs at the loss of just three wickets in 44 overs, with captain Kohli and Dhoni on the crease.