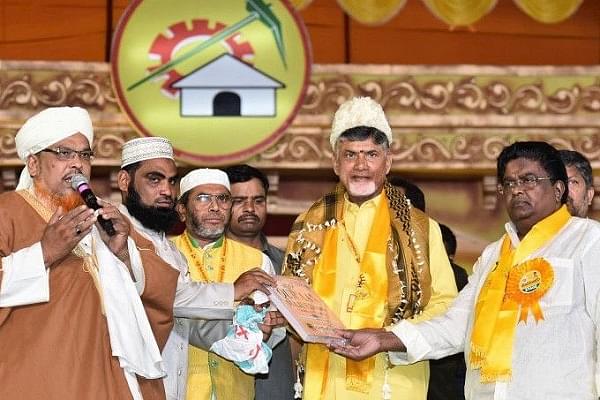 Andhra Pradesh Chief Minister Chandrababu Naidu on Monday (24 December) met with a delegation of AIMLB (All India Muslim Law Board) to discuss the proposed Muslim Woman Bill (Triple Talaq) 2018 bill and has assured them all the support in their ‘fight’.

The delegation complained to Naidu that the Modi government has been allegedly trying to change the Triple Talaq which has been in place for the past 1400 years. They claimed that most political parties opposed the bill, reports ANI.

The delegation pressed Naidu to oppose the Bill when it comes before the parliament on 27 December.

Naidu has been on an appeasement drive since his party’s debacle in the recently concluded Telangana elections. He has previously wooed converted Christians of Andhra Pradesh by offering them Scheduled Caste status, Rs 100 crore grant for burial grounds and declaring 24 December as an optional holiday.