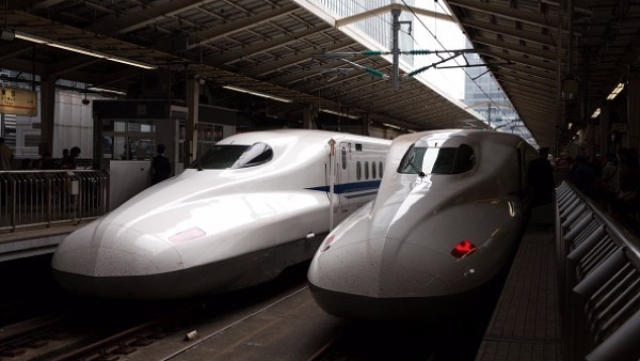 NHSRCL floated an online open tender on Tuesday for preparation of drawings of crossing bridges over rivers/canals/railways and roads (Expressway, NH and SH and major district roads) and general arrangement drawings (GADs) of proposed stations and maintenance depots, carrying out ridership study (traffic study) and data collection and associated survey work for DPR of the corridor.

The proposed Delhi-Ahmedabad High Speed Rail Corridor is planned along major expressway, national highways, greenfield areas and may be passing through arterial roads of the intermediate city road network. Large number of bridges for crossing rivers, canals, railways and roads shall be required along the proposed alignment of the High Speed Rail Corridor. There are 12 stations planned in the proposed corridor including Delhi and Ahmedabad. There are 12 Maintenance Depots planned along the corridor.

Delhi-Ahmedabad High Speed Rail Corridor is among the eight high-speed networks that the Railways is planning across the country, one of which — the Mumbai-Ahmedabad high-speed rail (HSR) — is under construction.

Apart from the 508 Km long Mumbai-Ahmedabad HSR is already under construction, the other seven are the Delhi-Noida-Agra-Lucknow-Varanasi (865 km), the Delhi-Jaipur-Udaipur-Ahmedabad (886 km) sections, Mumbai-Nashik-Nagpur (753 km), Mumbai-Pune-Hyderabad (711 km), Chennai-Bangalore-Mysore (435 km) and the Delhi-Chandigarh-Ludhiana-Jalandhar-Amritsar (459 km) sections.

The NHSRCL has already started work for preparing a detailed project report (DPR) for the proposed Delhi-Varanasi HSR corridor. In July this year, NHSRCL invited online open tender for the work Preparation of GADs for DPR of Delhi-Varanasi HSR Corridor.

The 865 km long Delhi-Noida-Agra-Lucknow-Varanasi rail corridor is one of the eight HSR passageways which will transform the Railways systems in the coming years with reducing the time duration of travel within a few major cities.

India’s bullet train project between Mumbai and Ahmedabad, the first high-speed corridor is set to completed by December 2023. 60% of land acquisition has been complete and several tenders for civil works has been rolled out. NHSRL has assured that 90 percent of land acquisition will be completed in next six months.