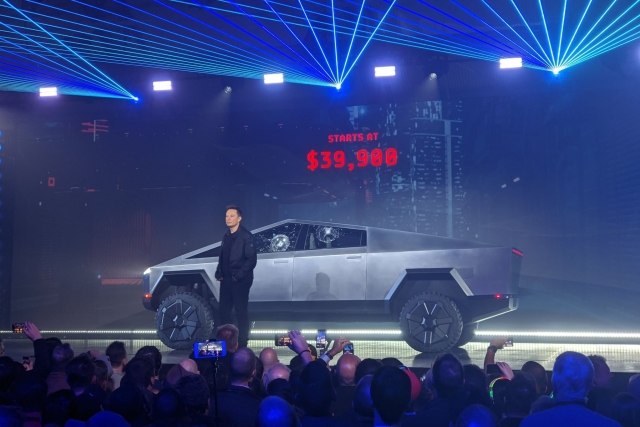 SpaceX and Tesla CEO Elon Musk has once again hinted that his company might once again team up to send the latest 'Cybertruck' into space and could be headed to the Red Planet.

On Sunday (30 December 2019), a Twitter user @C3LT_Games asked, will Starship have a Cybertruck on board during the 2022 cargo mission to Mars and Musk wittingly replied with a smiling face with sunglasses emoji.

This is not the first time that Multi-billionaire tech mogul Musk has shown his willingness for the same.

Last month in another conversation on Twitter gave the same signal when a Twitter user asked Musk if the next Falcon Heavy will carry a Cybertruck, to which Musk responded "Maybe on Starship? It's def got the payload capacity…"

According to Teslarati, the Cybertruck has also been likened to NASA's Mars Concept Rover unveiled in 2017. If the Cybertruck has been designed to play another role is not a far possibility since these electric vehicles can run on Mars since they don't need oxygen like internal combustion engines.

In February 2018, SpaceX launched its reusable heavy-lift launch vehicle -- Falcon Heavy for the first time along with a cherry-red Tesla Roadster with a mannequin called "Starman" behind the wheel.

Coming back to Cybertruck, it is inspired by "Lotus Esprit S1" from the Bond film "The Spy Who Loved Me".

It comes with six seats and features armoured glass and ultra-strong panels that are made of the same alloys found on spacecraft.

Additionally, using an adaptive air-suspension system, drivers will also be able to adjust the ride height of the truck, for when they are on the highway or off-road.