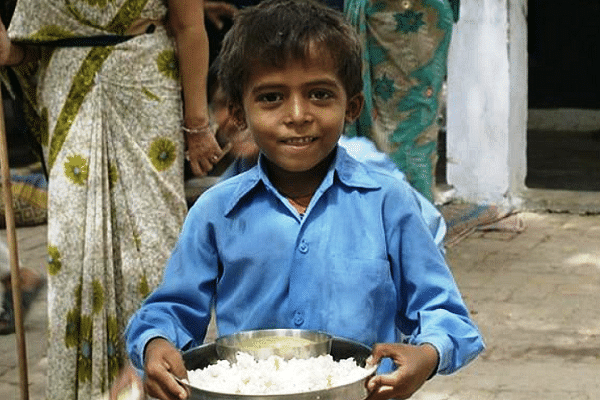 Recently a report in a major Indian daily raised an online furore after it alleged that school children were unhappy with Akshay Patra’s mid-day meal scheme as it did not serve either onion or garlic, and also raised questions over the nutrition provided in the meals.

The charges against Akshaya Patra were largely panned for being inaccurate and the editor of the daily herself later acknowledged that the “attack on Akshaya Patra was unwarranted”.

A few days later the issue was picked up by a television channel which argued that, “religious philosophy should not be used to dictate children’s feeding habits, simply due to their poverty”.

This was considered by many as a bigoted attack on Akshaya Patra following which scientist and political commentator Anand Ranganathan appealed to people to walk the talk and donate en masse to Akshaya Patra to silence “vested interests”.

The ONLY way bigoted, illogical, anti-science, Hinduphobic vested interests can be silenced, is when you put your money where your mouth is.

Please donate to @AkshayaPatra. And do reply with a confirmation that you have done so. Very grateful. Thanks. https://t.co/YsWpn90Atr

Social media users then decided to answer the appeal and began donating in large numbers, with the average donation size being around Rs 3,800.

In one case a social media user also made a donation in another individual’s name after the latter said that while he supports Akshaya Patra, he is unable to make a donation for not yet having achieved financial independence. In another case a Twitter user decided to donate his pocket money.

As a result, just over 510 social media users took part in the campaign which resulted in total donations of over Rs 21 lakh.

Thank you SO much everyone, but above all, thank YOU @AkshayaPatra. You are an inspiration. And the PRIDE of India.

The donation amounts ranged from Rs 1,000 to as much as Rs 2 lakh and as a result Ranganathan — who is a regular author for Swarajya, expressed his heartfelt thanks to each and every one who donated.