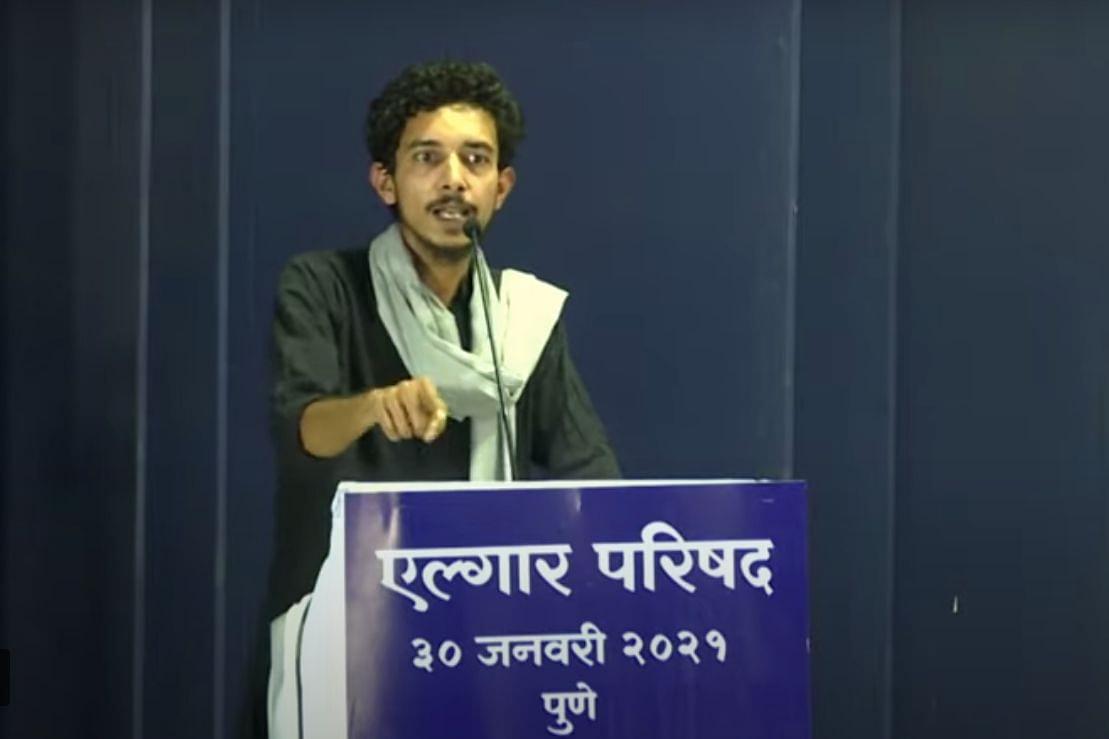 Amid a political uproar, the Maharashtra Police has booked students' leader Sharjeel Usmani for his controversial anti-Hindu and other comments and inciting communal passions, officials in Pune said on Wednesday (3 February).

The Swargate Police Station early this morning filed a First Information Report (FIR) based on a complaint by a Bharatiya Janata Yuva Morcha Secretary, Advocate Pradeep Gawade on Tuesday (2 February).

Speaking at the Elgar Parishad held on 30 January, Usmani, a former student leader of Aligarh Muslim University (AMU) had made certain remarks which the complainant said hurt the religious sentiments of the Hindu community.

Taking strong umbrage at these remarks, the complainant lodged the complaint following which the Swargate Police registered the FIR invoking the Indian Penal Code Sec. 153(A), which concerns offences related to spreading communal hatred.

The Bharatiya Janata Party (BJP) Leaders of Opposition Devendra Fadnavis (Assembly) and Pravin Darekar (Council) had demanded that Usmani should be booked under sedition charges for his statements.

The BJP also warned in an ultimatum that if no action was taken against Usmani within 48 hrs, the party would launch a statewide agitation.

State Food & Civil Supplies Minister Chhagan Bhujbal had slammed Usmani's remarks while Home Minister Anil Deshmukh had assured that if anything objectionable was found in the student activist's utterances, suitable action would be taken.

Usmani had earlier been arrested by Uttar Pradesh Police for his alleged role in the clashes that erupted outside the AMU campus during the CAA-NRC agitation in 2019.

The annual Elgar Parishad was organized by the Bhima-Koregaon Shaurya Din Prerana Abhiyan, on 30 January, to coincide with the 5th death anniversary of the late Dalit scholar from University of Hyderabad, Rohith Vemula, who committed suicide on 17 January 2016.