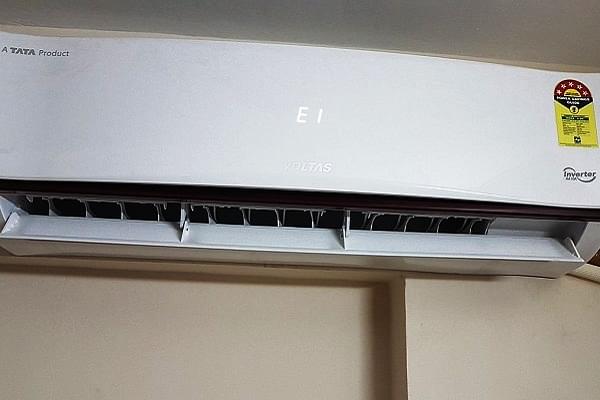 The State-run Energy Efficiency Services Limited (EESL) has commenced the sale of the first-of-its-kind, Super-Efficient Air Conditioners (ACs), that will be 20 to 30 per cent less energy consuming than the best 5-star ones currently being sold in the market, to consumers in Delhi.

EESL, one of the world’s largest public energy services companies, was formed under the Ministry of Power to facilitate energy efficiency projects in the country. It spearheaded the Unnat Jyoti by Affordable LEDs for All (UJALA) scheme to provide 20W LED tubelights and BEE 5-star rated energy efficient fans to consumers.

Manufactured by private firm Voltas (which emerged as the winner in a tender floated by EESL with the lowest bid), these 1.5 tonne inverter split super-efficient ACs will be made available at an attractive price of Rs 41,300 including GST.

This price is 30 per cent lower than the retail prices of BEE 5-Star ACs, and comparable to the BEE 3-star ACs, available in the market.

EESL will sell these ACs through its portal, EESLmart.in, which marks EESL’s foray into e-commerce.

EESL is also offering a hassle-free service experience, comprising of complaint redressal support during the programme life-cycle, attractive EMI options through selective banks, and a buyback option for customers looking to upgrade their AC.

The approximate investment for this project would be around Rs 190 crore and will be partially supported by a grant from the Global Environment Facility (GEF). Additionally, the Asian Development Bank (ADB) is providing the necessary grant support, loan and United Nations Environment Program (UNEP) will provide technical assistance.

“These Super-Efficient ACs, along with being game-changers in achieving India’s climate goals, will also add significant value to the lives of the consumers, by ushering in considerable savings in their electricity bills. Furthermore, through this programme, we will deliver superior customer experience, through our agile complaint redressal support, buyback options and attractive payment schemes,” said Venkatesh Dwivedi, Director (Projects), EESL.

“This programme will not only be the first of its kind in India, but also create a roadmap for other municipalities and electrical utilities to emulate in bringing substantial benefit to the nation. Through this programme, EESL not only intends to leapfrog the current energy efficiency levels in the Indian air conditioner market but also promote the use of low GWP refrigerants as envisaged in the Indian Cooling Action Plan (ICAP)”, he added.

Once this pilot programme (of 50,000 SEAC) is successfully completed, the company is planning to launch this as a National Programme from the next season. EESL is aiming at deploying about 2 lakh SEACs in the next one year via innovative business models targeting focus cities and institutional consumers on a pan India basis.

EESL also said that the programme directly addresses the prospect of the nearly four-fold increase in energy consumption from buildings and cooling appliances in India by 2032, while also addressing goals of India’s Cooling Action Plan and Hydrochloroflurocarbons Phase Out Management Plan, enabling achievement of India’s targets under the Kigali and Paris Agreements.

EESL started the LED bulb procurement process in January 2014 at a price point of Rs 310 per bulb. When Piyush Goyal decided to scale up this programme after assuming charge of power ministry in May 2014, EESL rapidly ramped up procurement volumes by floating several big tenders for LED bulbs.

Within two years, EESL was ordering more LED bulbs per day than it was doing it when it was launched in 2014. The price drop from Rs 310 to Rs 75 was a result of this rapid scaling and guaranteed viability which the manufacturers had.

They could invest in creating supply lines, making capital expenditure decisions with some degree of certainty, and training a workforce with the certainty that they can bid for large order volumes.

Over the last five years, EESL has distributed over 353 million units, leading to energy savings of over 45,867 KWh and reduction in electricity bills to the tune of Rs 18,347 crore. It resulted in a drastic fall in prices of LED bulbs across the world - it is under Rs 50 today.