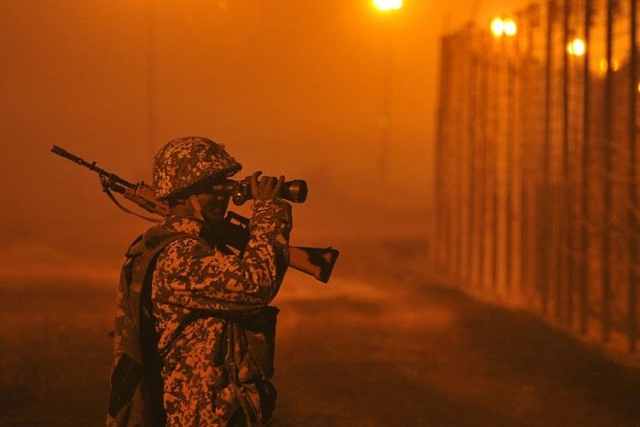 The Army Design Bureau (ADB), set up by the Indian Army to promote the production of home-grown weapons, has developed a device which would warn soldiers of unusual activity across difficult terrains and high altitude borders, reports The New Indian Express.

“The bureau has developed an artificial intelligence-based (AI) personalised night vision device which would be mounted on the helmet of the soldier and will warn them of any suspicious activity while on duty. A wristband-like device would vibrate once the device picks up signs of any movement in the soldier’s line of sight,” ET quoted a senior officer.

Soldiers deployed in border areas, especially in difficult terrains and high altitudes, have to keep a physical watch on any enemy activities and suspicious movements. This, according to reports, is physically and psychologically challenging for soldiers.

The newly developed night vision device would aid soldiers even during dark winter nights. The suggestion for such a device was first mooted during the Army Technology (ARTECH) seminar in 2016.

Such seminars, according to an official quoted by TNIE, started in 2015 after Prime Minister Narendra Modi participated in the Army Day function. The Prime Minister had said that the Army Day should involve academic engagement to increase the Army’s capacity and capability.

Also, to deal with the difficulty in dealing with the Chinese PLA soldiers, a device has been developed for soldiers deployed along the 3,488-kilometre long Line of Actual Control with China to translate Mandarin. The translation device available today depends on the internet and connectivity is an issue in the border areas.