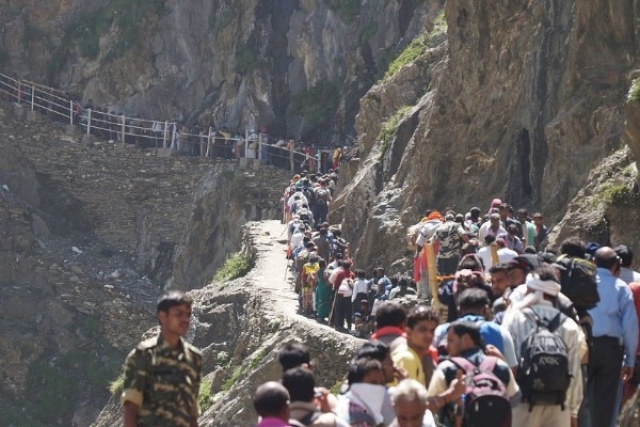 The Amarnath Yatra season has ended peacefully without any terror incidents this year, The Tribune has reported. Last year, Hindu pilgrims had been attacked by pilgrims by militants leading to 7 casualties. However, this year’s pilgrimage season has concluded without any incident.

2.85 lakh pilgrims visited the cave shrine of Lord Shiva located in the South Kashmir Himalayas at an altitude of 13,500 feet this year. In 2017, the number of yatris was 2.6 lakh. At least 40,000 security personnel from the police, paramilitary forces, National Disaster Response Force and the Army had been being deployed for the pilgrims’ security this year.

“It is a matter of satisfaction and a great achievement for all of us… for the security forces and the people of Kashmir that this long yathra of two months passed off peacefully. And it was due to the efforts of our jawans and officers along with the cooperation of locals that the yathra by and large went off peacefully,” Inspector General, Central Reserve Police Force, Srinagar sector, Ravideep Singh Sahi told The Tribune.

During the first week of the two-month pilgrimage season, three people died due to a landslide on the Brarimarg-Railpathri stretch of the Baltal route while two others died due to boulders rolling from the mountains. Pilgrims who had reached the base camp had to return due to these incidents. However, the pilgrimage saw no further mishaps until the end of the season.