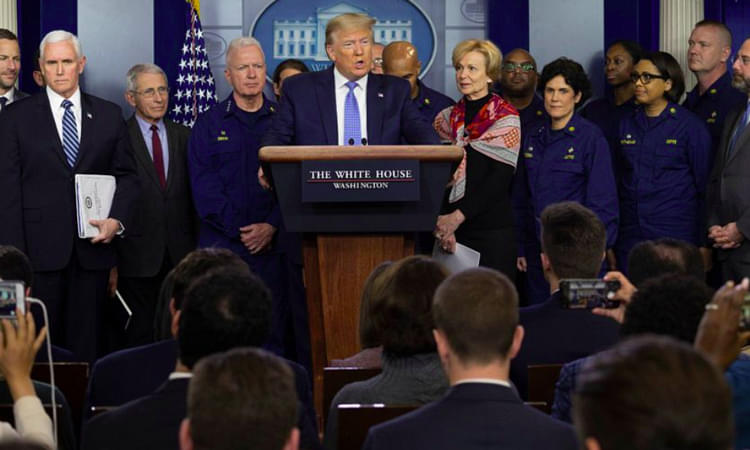 A leading forecasting model used by the White House to chart the coronavirus pandemic has dramatically slashed its hospitalisation and fatality estimates, The Washington Post reported.

The IHME model, produced by the University of Washington. cut down the number of hospital beds needed by 58 percent and the death forecast by 12 percent.

The model also revised downward the prediction for the number of ventilators needed at the height of the outbreak. It now predicts the need for 18,992 ventilators, down from 31,782.

The University of Washington model, led by Professor Chris Murray, has been widely cited and circulated to illustrate the seriousness of the coronavirus outbreak. Its estimates were also used by Dr. Debbie Birx, the taskforce coordinator of the White House coronavirus task force, to inform her own models.

The change in prediction is due to “a massive infusion of new data,” IHME director Dr. Christopher Murray said in a press release.

A state-by-state breakdown suggested that a number of the U.S.’s hotspots were gaining ground on the virus, with death projections falling for California, Florida, Louisiana, Michigan, New York, Washington State, and others. New Jersey’s projection rose dramatically from 2,100 to 9,690, while the projection for Illinois remained essentially the same.