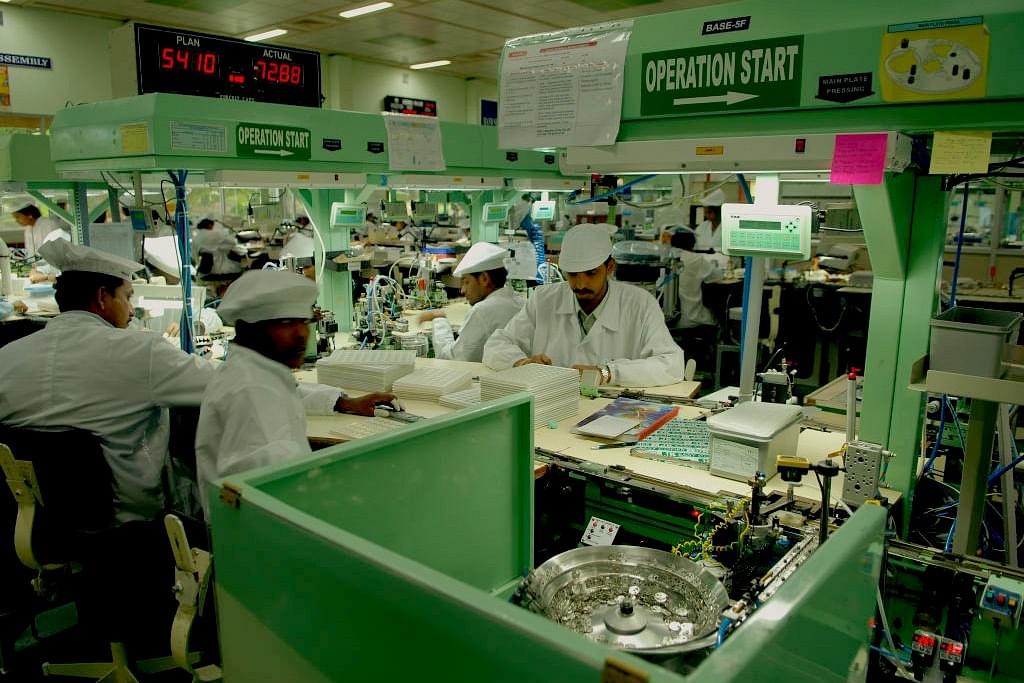 An inside view of a watch manufacturing factory in Hosur, Karnataka. (Hemant Mishra/Mint via Getty Images)

Due to momentum in the manufacturing sector, the Indian economy may grow by 7.6 per cent in the in the April-June, a Reuters poll showed.

Forecasts by various experts and agencies in the last few weeks for the $2.59 trillion economy have ranged between 7 and 8 per cent.

Earlier, the Economic Times said the growth rate in the first quarter of the current fiscal may cross the 7.5 per cent mark. According to the report, some experts believe that the economy will grow between 7.5 to 7.7 per cent. In the corresponding period last fiscal, growth had dipped to a low of 5.6 per cent.

However, others believe that the growth may accelerate to 8 per cent.

Saugata Bhattacharya, chief economist at Axis Bank, says India may have grown at over 8 per cent in the first quarter. The bank has forecast the Gross domestic product growth at 8-8.3 per cent.

“Part of this is due to the base effect of a sharp slowdown in Q1 of FY18, mostly due to the de-stocking in the pre-GST quarter last year,” Bhattacharya said.

He added that the revival in domestic demand has boosted output of both manufacturing and services sectors of the economy.

Yes Bank also expects the economy to grow at 8 per cent. Shubhada Rao, chief economist at Yes Bank, said economic growth is likely to have picked up due to the momentum in the manufacturing sector.

The economy grew at 7.7 per cent in the January-March period. The Statistics Office will release GDP numbers for the June quarter on 31 August.