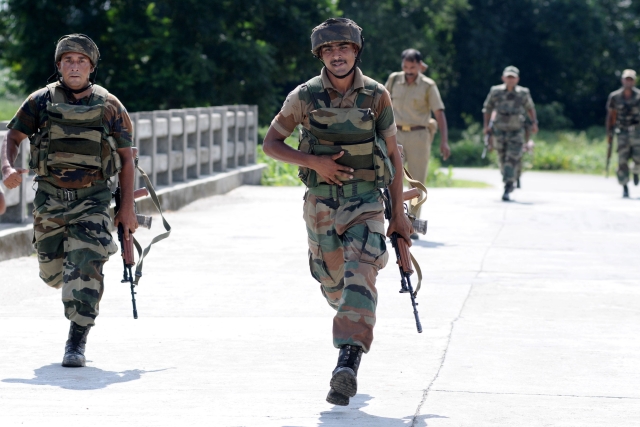 Six National Socialist Council of Nagaland (Isak-Muivah) insurgents were neutralised in an encounter with the security forces in Tirap district of Arunachal Pradesh on Saturday (11 July).

Based on the specific intelligence inputs regarding presence of armed insurgents, two columns were launched by the Assam Rifles in Khonsa area, which is nearly 50 kilometres East of Tinsukia.

At 4.30 am, an operational contact was established with the insurgents. In the ensuing gunbattle, six insurgents were neutralised, and six weapons alongwith war-like stores were recovered.

"In the operation, 6 NSCN- IM armed cadre have been killed. One Assam Rifle personnel also received injuries. 6 long-range weapons (Four AK-47 and 2 Chinese MQ) have been recovered so far,” Arunachal DGP R P Upadhyaya was quoted as saying by the Indian Express.

One Assam Rifles soldier was injured in the operation. His condition was said to be stable and was being evacuated to the nearest military hospital.