Asian Games 2018: Friday Kicks Off On A Great Note For India After It Wins Gold In Rowing And Tennis 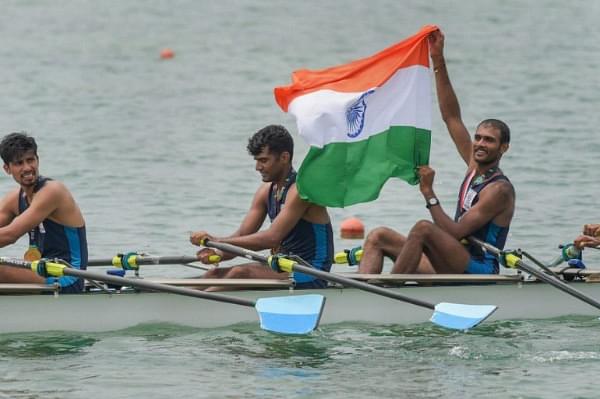 Friday (24 August) kicked off on a great note for the Indian contingent after it won two gold medals in men’s rowing quadruple sculls and men’s tennis doubles respectively. Besides the gold medals, India won a bronze in women’s 10m air rifle (shooting) and two bronze medals in rowing.

What a great start to the day!
Our menâs #Rowing quadruple sculls team grabbed a GOLD!

The special story of Indian rowing didn’t end here as Dushyant Singh won the bronze medal in Men’s Lightweight Single Sculls. What made his medal extra special was that, Singh was competing while suffering from high blood pressure. This didn’t stop him and he ultimately had to be stretchered away following the prize ceremony.

What does it take to win a medal at the Asian Games? Dushyant Singh stuck it out through high BP to win Indiaâs first bronze in rowing. He threw up at the prize ceremony and had to be stretchered out afterwords. pic.twitter.com/0zI3ZntcUg

India also tasted success in the men’s double’s event after the team of Rohan Bopanna and Divij Sharan cruised past Kazakhstan’s Denis Yevseyev and Aleksandr Bublik in a 6-3, 6-4 victory.

The women’s 10m air rifle (shooting) had both Heena Sidhu and Manu Bhaker participating in the finals but the latter finished fifth. Sidhu emerged successful and won the bronze medal.