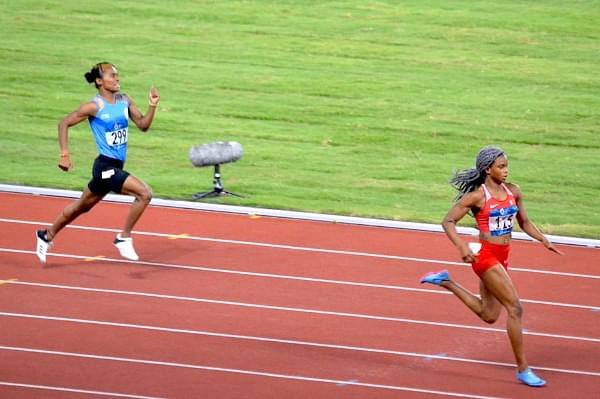 The track events at the ongoing Asian Games in Jakarta Palembang have seen huge success for Indian athletes with them winning five silver medals till early Monday evening (27 August).

These are four of the five the silver medals won by our athletes at the track events so far:

While all the above victories are extremely commendable, they have a single thing in common - all lost out on the coveted gold medal to athletes having African origins.

In the case of Dutee Chand she clocked a timing of 11.32 seconds, just 0.02 seconds behind Bahrain’s Edidiong Odiong who as the official Asian Games website says, was born in Nigeria.

Hima Das came second with a national record timing of 50.79 seconds, behind Bahrain’s Salwa Naser who finished the race in 50.09 seconds. She was also born in Nigeria.

Sudha Singh also brought laurels to India with a silver medal, with a timing of 9.40.03, again behind Bahrain’s Winfred Yavi who clocked 9.06.52. She was born in Kenya in 1999 but transferred her allegiance to the middle-eastern country in 2015.

Muhammed Anas Yahiya made India proud by winning silver with a timing of 45.69. Abdalelah Hassan who won the event was born in Sudan but later transferred to Qatar.