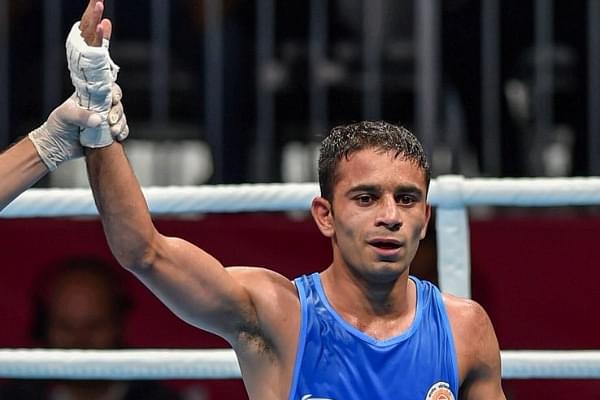 In a major boost to Indian boxing, Amit Panghal defeated the reigning Olympic gold medallist in the men’s light fly (49kg) category to give India its fourteenth gold medal at the ongoing Asian Games.

The 22 year old boxer from Haryana was awarded the victory via a 3:2 split decision following his Saturday (1 September) bout with Uzbekistan’s Hasanboy Dusmatov.

Dusmatov a very decorated boxer with gold medals at the 2016 Rio Olympics and 2015 Asian Championship failed to stand up to the challenge by Panghal.

In the run up to the final, Panghal had defeated boxers from Philippines, North Korea and Mongolia. Two of his victories came via 5:0 unanimous decision while his semifinal bout against Philippines’ Carlo Pallam was a split 3:2 victory.

Further good news was in store for the Indian contingent today after the men’s bridge pair of Shibnath Sarkar and Pranab Bardhan gave India its fifteenth gold medal.

India also won two bronze medals in bridge to put the current medal tally at 67 medals, which breaks up into 15 golds, 23 silvers and 29 bronze medals. India is thus currently at the eighth position in the medal tally.