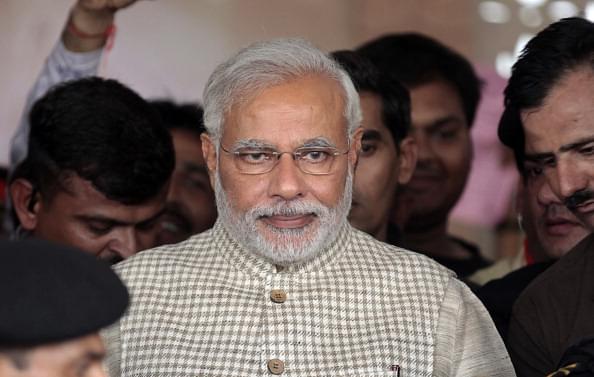 Bands performing at the BJP headquarters are choosing tunes to play that go with the mood of the day. PM Modi is expected to be at the headquarters any time now. Supporters here are joining the celebration by dancing on "Yeh desh hai veer jawaanon ka, Albelon Ka, Mastaanon Ka".

During his five years as PM between 2014 and 2019, Narendra Modi stressed on the importance of youth in the country's progression. In 2014, "Yuva josh" was the recurring theme in his belief in people. He celebrated youth, and continued to celebrate it through the five years. The saffron party also radiated his pride in the soldier, the jawan. His Uttarakhand speech saw him paying tributes to the brave soldiers of India and the need to preserve “jawani" alongside "jal and jungle".

In 2019, the youth, especially first-time voters from across all walks of life, have been enthusiastic in supporting Modi on the ground. The PM also celebrated Diwali with jawans on the border, which was a gesture that received widespread applause.