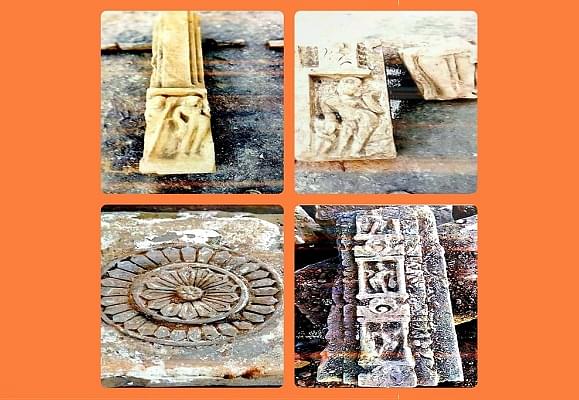 The development was made public by Champat Rai, General Secy, Sri Ram Janmabhoomi Tirth Kshetra Trust, Ayodhya, who said that since past 10 days, debris is being removed and land being levelled at the site. It was during this process that pillar and other structures were discovered.

Shri Ram Janmabhoomi Teerth Kshetra tweeted, “The work started on May 11, 2020. Since then many objects have been discovered during excavation. It include many objects of archaeological importance like flowers made of stone, Kalash, Aamalak, Dorjamb etc.”

The findings hold significance as the presence of a temple beneath the overground structures was a bone of contention for decades and was later resolved by the Supreme Court of the country.

It should be noted that ASI findings had stated that there were remains of an ancient temple beneath the site where the Babri Masjid was erected.

The work started on May 11, 2020. Since then many objects have been discovered during excavation. It include many objects of archaeological importance like flowers made of stone, Kalash, Aamalak, Dorjamb etc. pic.twitter.com/uMXUV5WEc5