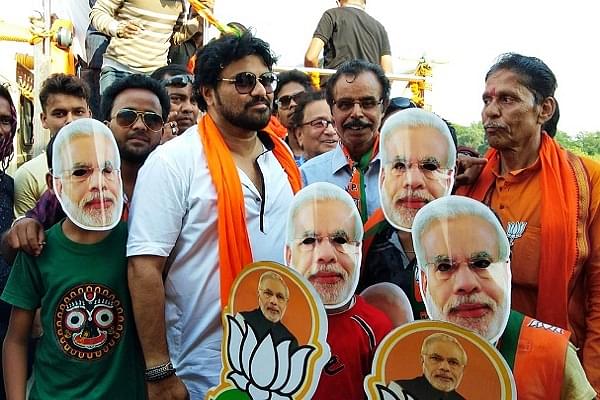 At a time when the Election Commission has been questioned from various corners over the violence against political opponents by alleged members of the ruling Trinamool establishment, the Commission has filed an FIR against Bengal BJP MP Babul Supriyo for playing his campaign song without permission.

As per an ANI report, the Election Commission has filed two FIRs against Supriyo, one for playing his campaign song without permission and another for allegedly snatching a camera of a Commission official who was filming his rally.

In recent days, many questions have been raised over the law and order situation in West Bengal amidst the Lok Sabha polls. Few days ago another BJP worker was found dead in Purulia following which fingers were pointed at Trinamool goons for the crime.

It was also reported that during the second phase of the voting, some members of the Hindu community were not allowed to vote in the Muslim dominated areas of the Raiganj Lok Sabha constituency. There were also reports of proxy voting in the region.

Polling days have also seen EVMs being smashed, vehicles of politicians and media persons being vandalised.

Update: The Additional Chief Electoral Officer has now withdrawn his statement claiming the filing of two FIRs against Supriyo. He says that Suo moto complaint was filed by the Andal Police for preventing police officials from carrying out their duty