Bengaluru Techie Goes To Cops About Cattle Smuggling, Gets Assaulted By Mafia; Hints At Police Involvement 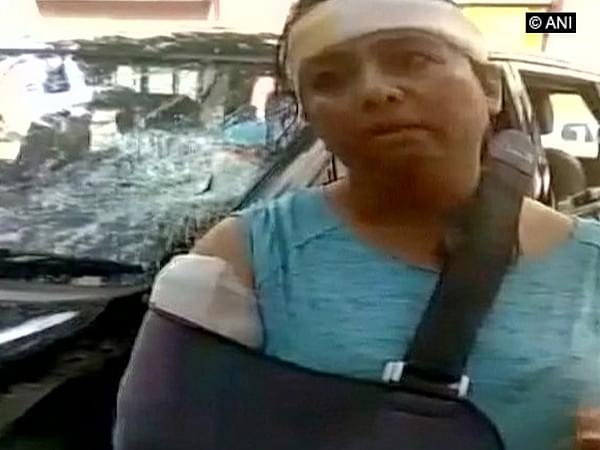 A Bengaluru techie on Sunday (16 October) fell prey to mob brutality as she was assaulted by over a 150 people after she reported a case of illegal cow slaughter taking place at Talaghattapura – located on the outskirts of the city.

The victim, identified as Nandini, alleged foul play on the end of the police, stating that she felt 'trapped' in the situation as no action was taken against the alleged illegal cow mafia, as promised to her upon reporting the activity.

Describing the entire incident to ANI, Nandini said, "We noticed illegal beef shops when we had gone on a visit to the area. 14 cows were tied there, out of which two calves were being taken to a small room in a nearby area for slaughter. Being animal lovers, we rushed to the nearest police station in Talaghattapura and gave a complaint. We were assured that action was being taken, and police officers were deployed in the area”.

"Since I was getting no updates, I proceeded to the spot with a co-complainant and two police constables in my car itself, since no police vehicle was available. Upon reaching the spot, I saw a mob gathered there, and assumed that there would be police too, as promised. However, there was nobody, and I felt like I was trapped. The mob started hurling concrete blocks, boulders and glass bottles from all directions, screaming pro-Pakistan slogans. It was the worst experience of my life," she added.

Nandini's car was also severely damaged by the mob.

"I didn't expect to come out alive of this incident. 150-200 people gathered within minutes, trying everything to harm us. There was no police to save us. Criminals can only behave like this, as only such mafias have the ability to mobilise such large crowds immediately. I'm quite sure even the police are involved, as if the officers had any intention of being honest, a lady would not be allowed to take such a risk," she added.

Former chief minister B S Yeddyurappa condemned the event via his Twitter page.

Condemn the brutal mob-attack on the woman who exposed illegal cow slaughter. This violent attack today in Bengaluru is another proof law & order breakdown under @cmofkarnataka Sh. @siddaramiah