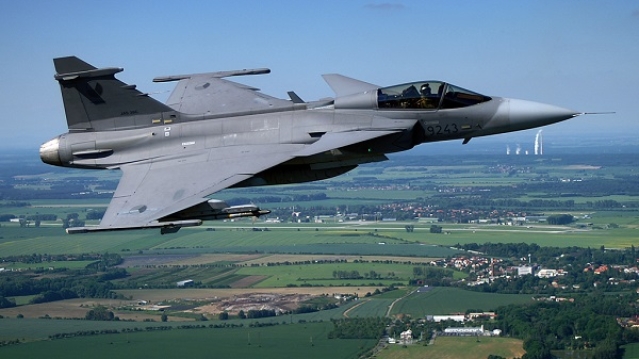 Swedish aerospace giant, Saab has announced on Thursday (17 October) that Bengaluru would be the 'backbone’ for its Gripen platform offered to the Indian Air Force (IAF) which is a light single-engine multi-role fighter aircraft, reports The Hindu.

Saab is already in discussions with a dozen firms based in Bengaluru.

Saab India Technologies chairman and managing director Ola Rignell, at a media conference, said, “I would like to emphasise that we foresee Bengaluru to be the backbone for the Gripen offering to the IAF because of the industry setup (ecosystem) that they have in Bengaluru. What we have seen so far is that here in India, there are a lot of companies who are competitive, that we can utilise in the fighter programme for India.”

Commenting on SAAB's offer to IAF, he said, “The current RFI from the IAF stipulates 114 aircraft. Of these, 18 are supposed to be in a flyaway condition from OEMs and the rest to be built in India. We are 100 per cent committed to building all 96 aircraft in India, from scratch."