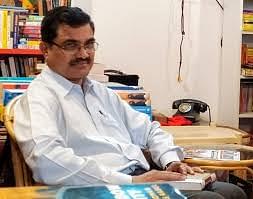 The NIA in its 10,000 page charge sheet said that on the directions of Milind Teltumbde, Gorkhe, Gaichor and Jagtap were furthering the activities of the CPI (Maoist) in the urban areas.

“In 2011, after the arrest of Angela Sontakke, wife of Milind Teltumbde, Gaichor, Gorkhe and Jagtap visited the Korchi forest area of Gadchiroli and met Milind, who is the CCM and Secretary of Maharashtra-Madhya Pradesh-Chhattisgarh (CMMC) zone of the CPI (Maoist). They stayed there for 2-3 months,” the NIA said in the charge sheet, which has been seen by IANS.

The NIA claimed, “Gorkhe, Gaichor and Jagtap underwent training related to the usage of weapons and explosives in the forest area.”

The NIA alleged that in 2012, Gaichor and Gorkhe along with Rupali Jadhav, wife of Gorkhe, again visited the Korchi forest area and met Milind Teltumbde there.

“They stayed there for 20 days and discussed the furtherance in the urban areas,” it said.

Teltumbde is the brother of Dalit scholar Professor Anand Teltumbde, who is also accused in the Bhima Koregaon case and was arrested in April this year.

The NIA arrested Gorkhe and Gaichor on September 7 this year, while Jagtap was nabbed on September 8 under the UAPA and other sections of the Indian Penal Code (IPC).

The NIA had taken over the probe from the Maharashtra Police on January 24.

The case pertains to inciting people and giving provocative speeches during the Elgar Parishad organised by the activists of the Kabir Kala Manch at Shaniwarwada in Maharashtra’s Pune on December 31, 2017, which promoted enmity between various caste groups and led to violence resulting in loss of life and property and a statewide agitation in Maharashtra.

The Pune Police had filed a charge sheet and a supplementary charge sheet in this case on November 15, 2018 and February 21, 2019, respectively. After taking up the investigation, the anti-terror probe agency had arrested Anand Teltumbde and Gautam Navlakha on April 14 this year.