‘CAA Has No Provision Of Taking Away Citizenship, Won’t Be Withdrawn Despite Protests’: Home Minister Amit Shah 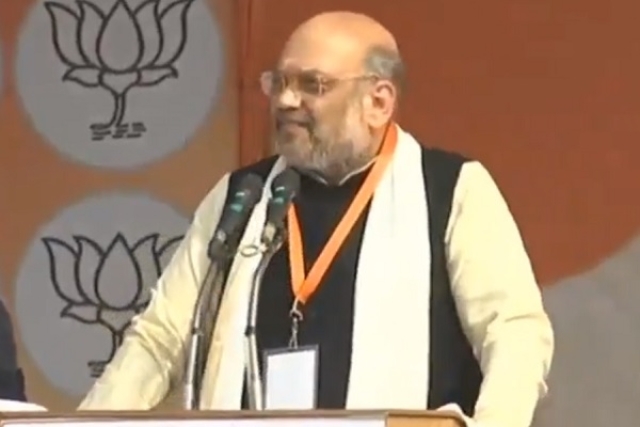 Union Home Minister Amit Shah on Tuesday (21 January) slammed the opposition for misleading people on the Citizenship Amendment Act, 2019 and said that the law will not be scrapped despite the protests over it, reports The New Indian Express.

While addressing a rally in Uttar Pradesh’s capital Lucknow in support of the CAA, Shah also announced that the construction of a grand Ram temple in Ayodhya will begin within three months.

Home Minister said that there is no provision in the amended law for taking away anyone’s citizenship. He said that baseless rumours are being spread against the CAA by the Congress, Samajwadi Party, Bahujan Samaj Party and Trinamool Congress.

"The CAA is a law to grant citizenship. I want to say that irrespective of the protests this will not be withdrawn," he added.

He challenged Congress leader Rahul Gandhi and other opposition leaders to hold a discussion with him on the CAA at a public forum.

Shah said that Congress has become blind due to vote bank politics.