CAA Violence In North-East Delhi Said To Have Been Orchestrated In Light Of Trump’s Impending Visit: Report 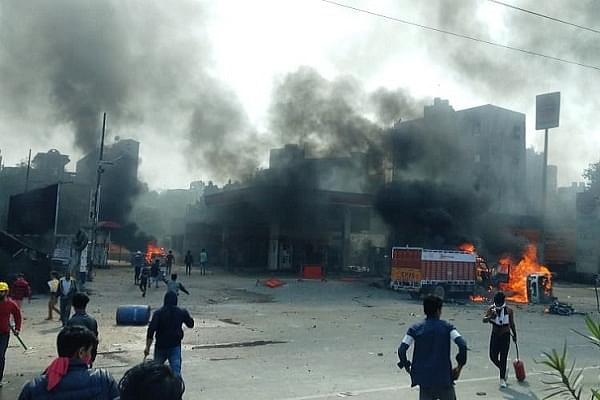 The violence has erupted in North-East Delhi is believed to have been orchestrated keeping in mind the visit to the city by US President Donald Trump, ANI has reported.

The Home Ministry is said to be in touch with the Delhi Police Commissioner and officials are hoping to control the situation.

The areas most affected are said to be Maujpur, Kardampuri, Chand Bagh, Dayalpur and Jafarabad. Visuals showing all out mob violence have been reported by Jafarabad.

The clashes which are said to have erupted between anti-CAA and pro-CAA protesters resulted in the death of Delhi police head constable Ratan Lal, after he was hit on the head during stone pelting.

Earlier, an anti-Citizenship Amendment Act (CAA) protester during a violent protest in Delhi’s Jaffarabad area opened fire in an attempt to intimidate the cops countering the mob.

Senior police officials have said that cops have been stationed strategically in areas like Jafrabad, Seelampur, Maujpur, Gautampuri, Bhajanpura, Chand Bagh, Mustafabad, Wazirabad, Shiv Vihar, which have the potential to erupt in violence.