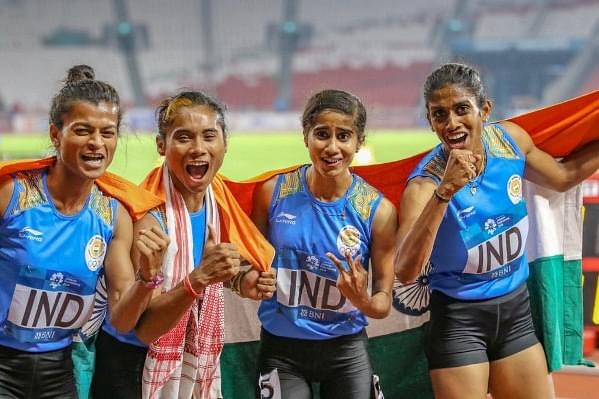 India’s women athletes scripted history on Thursday (30 August) after winning the Women’s 4x400 metre relay event for the fifth consecutive time in a row to effectively become the Asian rulers of the event for 20 years running.

The event came in the immediate backdrop of Jinson Johnson’s gold medal winning run at the 1500 metre men’s event.

For the most part of the event, Johnson was at the second and third position. But he dramatically picked up the pace in the final stretch of the race to finish with an excellent time of 3.44.72, more than a second ahead of the silver medallist.

There was barely any drama involved in the relay after India completely bossed it from start to finish. Sprinter Hima Das gave India a commanding lead after the first leg, which was then carried forward by the three other sprinters - Poovamma Machettria, Saritaben Gayakwad and Vismaya Koroth.