Chandigarh: After Flip-Flop On Metro, City To Finally Go The Monorail Way 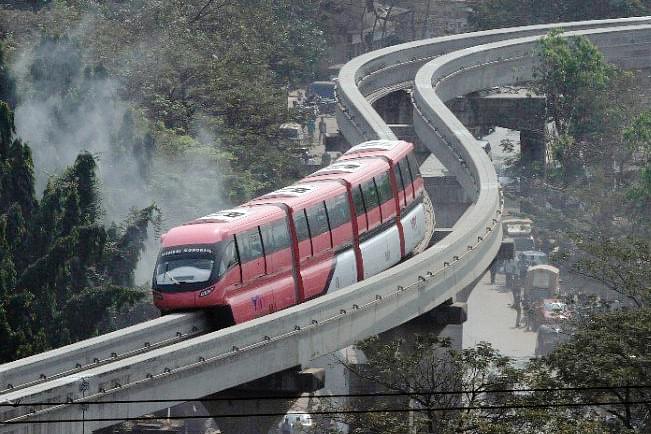 The Mumbai Monorail during its initial trial run in 2013. (representative image) (Kunal Patil/Hindustan Times via GettyImages)

Chandigarh administration is planning to revive the 21 years old monorail project in the Union Territory (UT) after it decided to set aside the idea of planning a metro project in the city, Metro Rail News has reported.

In 2017, Home Minister Rajnath Singh made it official that metro project was not viable for the city and asked territory official to look for other options.

Last week at UT Secretariat, Chandigarh MP Kirron Kher and UT adviser Parimal Rai had a meeting with Swiss transport company Intamin which shared its presentation on the monorail.

“The administration is exploring different ways of improving public transport and connectivity with the nearby cities, and monorail is one of those models. The Swiss company has only submitted its proposal presentation so far” Kirron Kher said to TOI.

According to an official in the UT administration monorail will cost about Rs 2,500 crore while metro would have cost 13,600 crore. He also said that metro project is not feasible to carry out in the city and will stay largely on the paper as it will be tough to find 200 acres of land and the setup cost of metro will be exorbitant.

There has been only one meeting between the Swiss company and UT administration, informed the official.

Monorail is proposed to connect Chandigarh with Panchkula and Mohali and the project will not require digging up of the city like metro, official said.