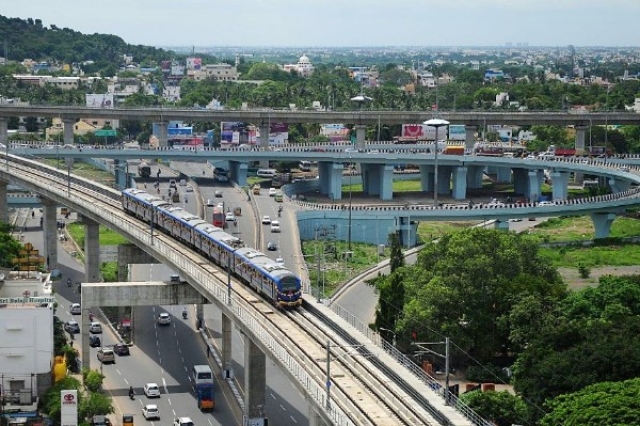 A pedestrian subway linking the four corners of the intersection will be built by the Chennai Metro Rail Limited (CMRL) at roundtana, Anna Nagar to make road crossing relatively easy for the pedestrians. Metro rail commuters who want to get to the nearest station will also benefit from this subway, Times of India has reported.

Soil excavation work to build the subway at the intersection is going on. A Metro rail official told the paper that work is going on round-the-clock and they are trying to open the subway in the earliest possible time.

The subway once opened, will make it easy for the pedestrians who have been crossing the intersections at risk as there are no traffic signals.

There are two underground metro stations on either side of the intersection - Anna Nagar East and Anna Nagar Tower. The metro commuters who has to switch the stations will also benefit greatly from this subway as they can reach either of the stations using the subway.

Local residents have been - since the opening of the underground metro line in 2017 - complaining about the frequent minor accidents and snarls near the intersection due to absence of the traffic signals.