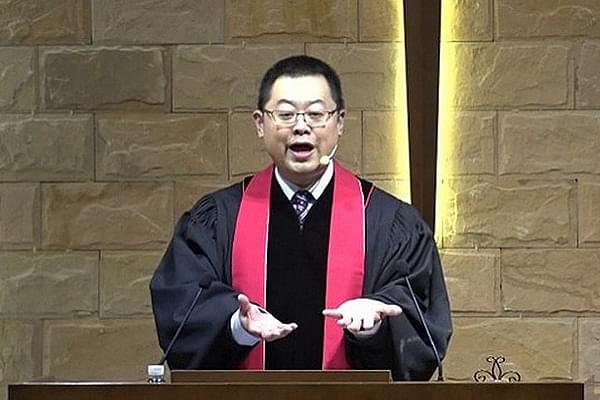 As part of its ongoing crackdown on unregistered religious groups, China has sentenced pastor Wang Yi, founder of Early Rain Covenant Church and a vocal critic of Chinese president Xi Jinping, to nine years in prison on charges of inciting subversion of state power.

Early Rain Covenant Church, based out of southwestern city of Chengdu, is an influential ‘underground’ church that runs a seminary to train clergy members, administers a kindergarten and elementary school besides operating a bookstore.

Wang was among three Chinese Christians who travelled to Washington in 2006, to meet with then-president George W Bush in an attempt to persuade him to support their fight against religious authorities for religious freedom.

“Pastor Wang Yi was just sentenced to 9 years in prison for proclaiming the gospel,” the Early Rain congregation announced in a statement on its official Social Media page. “May the Lord use Pastor Wang Yi’s imprisonment to draw many to himself and to bring glory to his name.”

Under Xi Jinping, China has repeatedly cracked down on underground churches, both Protestant and Catholic, and has passed a new law that allows it to supervise religious education and practices, with harsher punishment for practices not sanctioned by authorities.

In 2018, China announced a five year plan to ‘sinicize’ Christianity along with new rules on religious affairs. Over the past few months thousands of ‘house churches’ have been shut down by authorities according to the report.

Authorities have also seized Bibles and e-commerce sites in China have pulled out the book from their sites. Christians in China have reportedly been holding their masses in secret amid the crackdown.

As part of the crackdown, Chinese authorities are raiding churches and demanding that the practitioners and the churches be registered with the government.

The epicentre of China’s attack on Christianity has been its Christian heartland of Henan province. Several pastors have fled the country to the United States because of its religious policy.

Out of the 200 million believers in China, 67 million are reportedly Christians. This has led to the crackdown on Christianity which is seen as being aligned with Western ideals.

Also Read: China Vs The Church: First Round Goes To Xi As He Embarks On A Mission To Sinicise Christianity

After Islam, China Begins Crack Down On Christianity