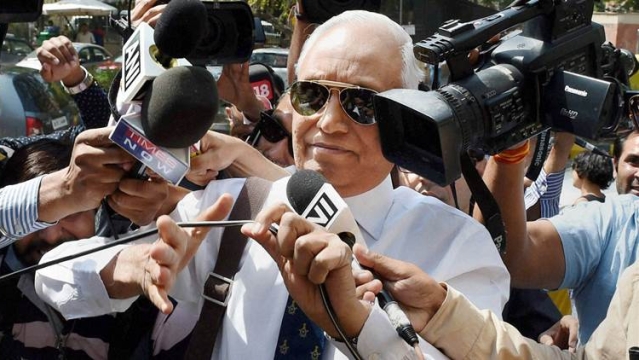 A court in New Delhi has granted bail to former IAF chief S P Tyagi Agusta in the Westland VVIP helicopter case, while questioning the Central Bureau of Investigations' (CBI) inability to present the bribe amount paid to the former chief even at the end of a three-year and nine-month long investigation.

"During arguments, CBI failed to state as to how much cash was paid to the accused (Tyagi) and when it was paid," Special Judge Arvind Kumar said.

Tyagi - the first chief of any wing of the armed forces to be arrested in the country - and the others were allegedly involved in irregularities in the procurement of 12 AW-101 VVIP helicopters from Britain-based AgustaWestland.

"Admittedly, the CBI has seized the documents regarding properties in the year 2013 and more than three years and nine months have passed but could not conduct investigation in this regard as the CBI has mentioned in arrest memo of accused that properties of accused are to be linked with illegal gratification," the court said.

"The correctness or otherwise of the allegations as to whether the accused (Tyagi) has taken the kickbacks and in what manner he was connected with the same can only be looked into during the course of trial," it said.

The order on the bail plea of other two accused - Tyagi's cousin Sanjeev Tyagi and Khaitan - will be delivered on 4 January 2017.