Covid-19: Sweden’s Chief Epidemiologist Concedes That ‘Herd Immunity’ Based Strategy Was Lax, Caused Too Many Deaths 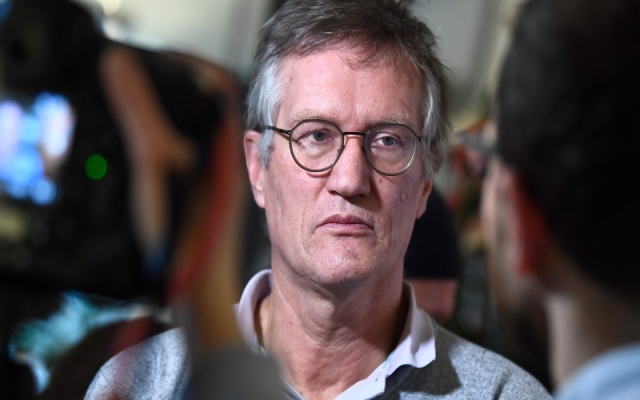 Sweden’s coronavirus response strategy has resulted in too many deaths and could have been improved, the country’s chief epidemiologist Anders Tegnell conceded during an interview to Swedish radio.

Sweden was one of the rare countries which hasn’t put strict lockdown measures in place to fight Covid-19. The country kept restaurants, schools and workplaces remain open even as the number of deaths mounted very quickly. What the country was trying to do was to achieve herd immunity which involves infecting enough number of people so that a majority of the country’s population becomes immune to the virus and can go to work rather than wait for the vaccine which, by some accounts, many take a year or more.

According to the Worldometer tracker, Sweden’s death rate from coronavirus sits at a whopping 450 per million of the country’s population, which is dramatically higher than its Nordic neighbors Finland (58 per million) and Norway (44 per million), both of which imposed more stricter lockdowns of nonessential businesses.

Responding to a question whether too many people in Sweden (the country’s current death count due to Covid-19 is 4542) had died, he replied: “Yes, absolutely,” adding that the country would “have to consider in the future whether there was a way of preventing” such a high toll.

“If we were to encounter the same disease again knowing exactly what we know about it today, I think we would settle on doing something in between what Sweden did and what the rest of the world has done,” Tegnell said ac

Tegnell however said that that medical officials would need to learn “what else, besides what we did, you could do without imposing a total shutdown.”

Casting further doubt on the effectiveness of country’s cornavirus containment strategy, a study last month found that only 7.3% of Stockholm’s inhabitants had developed Covid-19 antibodies by the end of April.