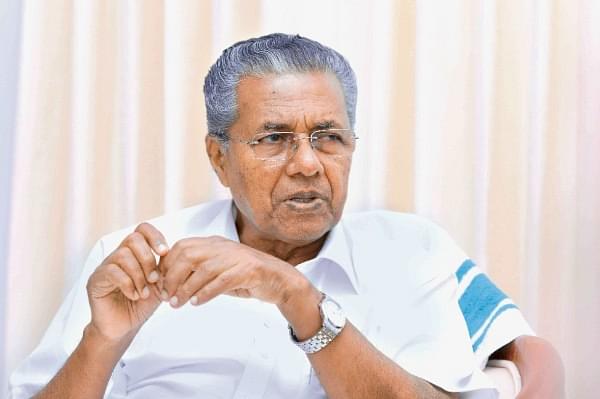 The Kerala High Court has pulled up the Left Democratic Government, led by the Communist Party of India-Marxist, for deducting government employees salary for flood relief, saying it amounted to extortion. A High Court bench comprising Justices R Ramachandra Menon and Deven Ramachandran, taking up a petition filed by the Travancore Devaswom Board Employees against the Communist government move to compulsorily deduct government staff salary, said the state had no authority to deduct even a day’s salary.

Wondering how the Government could order compulsory deduction from employees salary, the judged asked if the state law secretary was consulted and how law could be ignored. Malayalam daily Madhyamam quoted the judges as saying that even Chief Minister Pinarayi Vijayan, who is now away in the US for medical treatment, had only sought the cooperation of the employees.

The Devaswom Board employees while pleading for a repeal of the order, argued that the order passed without notice and discussion.

Opposition groups led by the United Democratic Front (UDF), which is headed by the Congress, opposed the Pinarayi Vijayan government’s decision, saying the state should deduct only an amount that the employees consented to.

Finance Minister Thomas Isaac, who now concedes the Kerala High Court is right in its observation, told a meeting of employees service associations, said the government would not compel the employees, though there was no change in its stand.

Some of the government employees association opposed the move to deduct one month's salary, despite Isaac giving them an option to pay in 10 instalments. The association said that the state cannot compel employees to donate their salary. Also, many employees themselves have been affected by floods and they could not be expected to give their wages when they would require all available finances.