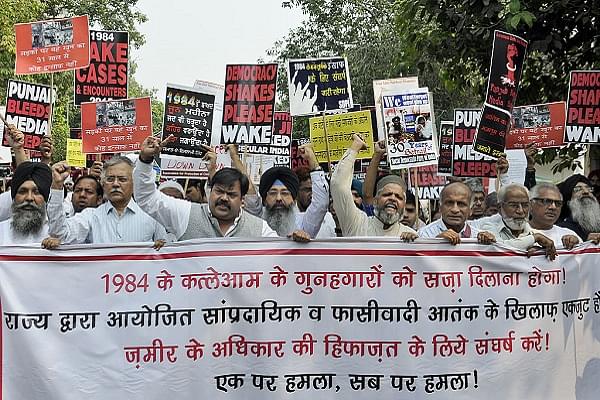 The Karkardooma district court in Delhi on Thursday (6 June) framed charges against 12 persons accused in the 1984 anti-sikh riots for rioting, unlawful assembly,murder, disappearance of evidence, mischief, dacoity and conspiracy, reports The Tribune.

The case had been registered on the basis of a complaint filed by Shardul Singh at the Shahadra police station, in which he had reported that his father Natha Singh, mother Surjit Kaur, brother Kashmira Singh, sisters Bimla Kaur, Kamaljit Kaur, Nirmal Kaur and Urmil Kaur had been killed in the incident.

The case in which the seven aforementioned individuals including five women were brutally murdered was reopened and expedited by the SIT constituted upon the intervention from the former home minister and incumbent Defence Minister Rajnath Singh.

It should be noted that when Shardul Singh had registered his complaint on 12 November 1984, he had been pressurised into making a statement that he had no grievances. Later on 19 September 1985 when he submitted an affidavit to Justice Ranganath Mishra Commission, again no action was taken against the accused.