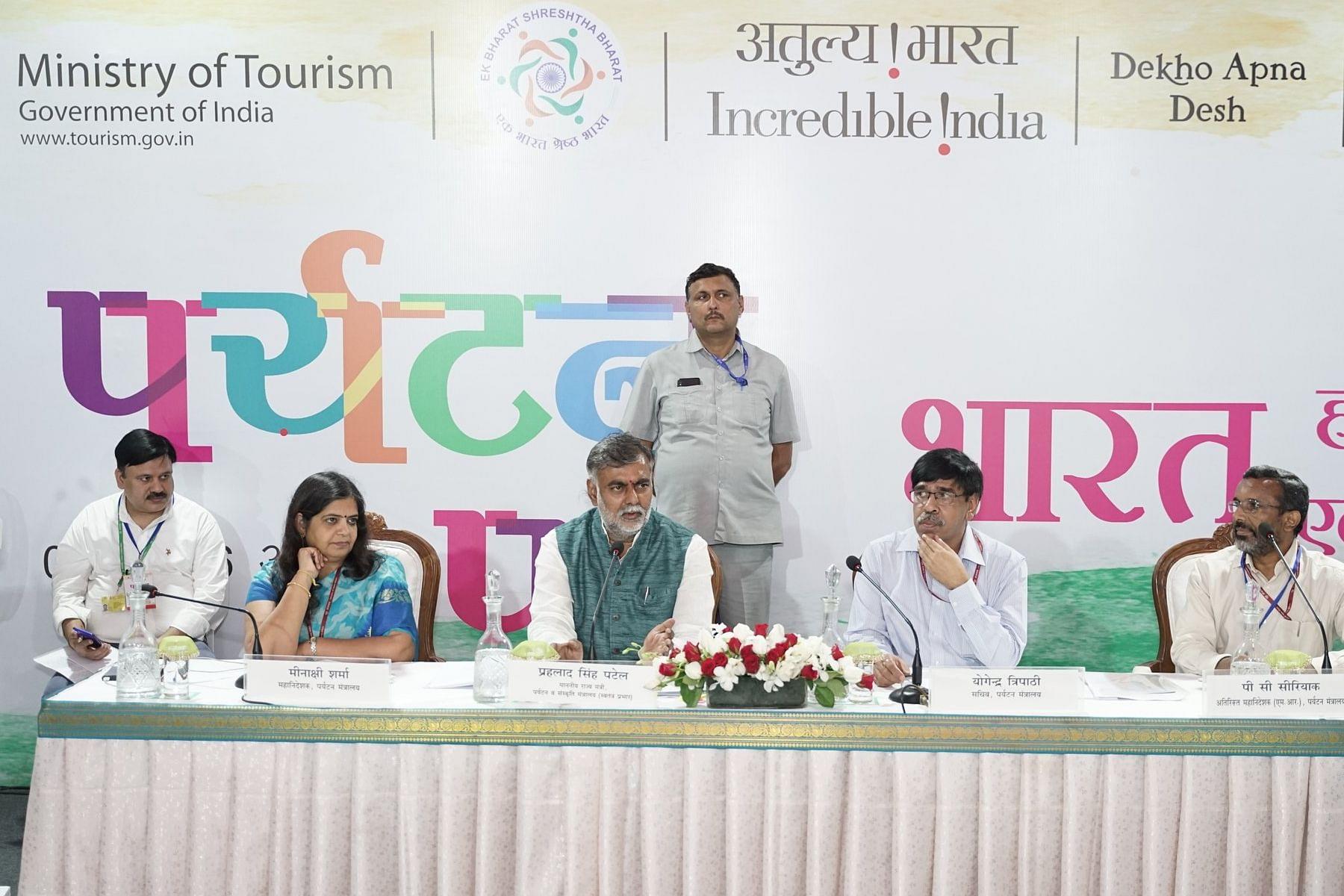 MoS Tourism in a meeting during the Paryatan Parv (@prahladspatel/Twitter)

With a footfall of over 2.5 lakh visitors, the third edition of Paryatan Parv, the five-day tourism fest organised with the aim to increase tourism in various destinations of the country, concluded in Delhi on Sunday (6 October).

According to tourism ministry officials, the festival, organised around the twin themes of 'Tourism for All' and 'Dekho Apna Desh' (See Our Country), witnessed huge response from the general public.

"Though we did not have a ticket system for entry, but the estimated footfall ranges over 2.5 lakh as per video footage," a senior Tourism Ministry official said on Sunday (6 October).

Organised to commemorate the 150th birth anniversay of Mahatma Gandhi, Paryatan Parv this year featured a high-tech stall specially dedicated to the Father of the Nation where visitors virtually took part in the Mahatma's Dandi March, or the Salt March, with a computer-generated hologram walking with the visitors on a stage especially set-up for replicating the route of the famous protest march that marked a crucial stage bin India's independence struggle.

The stall had a special arrangement called 'Smart Wall' where visitors could select any landmark on the route taken by Gandhi during the Dandi March to get more detailed information.

Besides, 31 stalls were set up showcasing the work of various Central ministries, the states well as union terrritories. Moreover, during the festival, 59 food stalls served various types of cuisines from all over the country.

A multi-media exhibition on Mahatma Gandhi organised by the Union Information Ministry was a key attraction.

Tourism Minister Prahlad Singh said, "The Paryatan Parv is a multicultural platform to bring out the magnificent diversity of the country and to make people feel motivated to explore its various parts. I urged people to visit the relatively less explored places of tourist interest which will help to support the local economy and provide employment to the youth," Patel said at the inauguration.

Following Sunday's conclusion of the Delhi leg of the fest, the event will travel to other locations across the country till the coming 13 October.