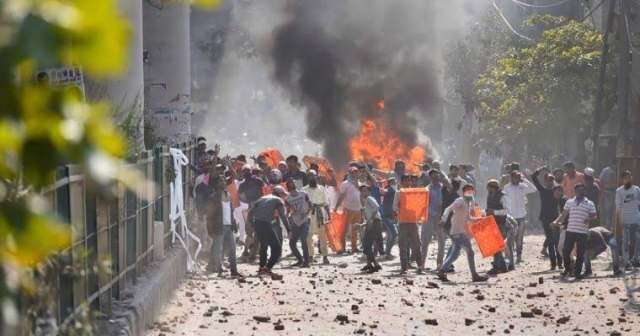 A scene from Delhi violence.

An emergency midnight hearing on a plea seeking the safe passage of injured in riots in the northeast area of Delhi, took place before Justices S Muralidhar and Anup J Bhambhani of the Delhi High Court.

The meeting was held at the residence of Justice S Muralidhar on Wednesday (26 February) at 12:30am.

The Bench has directed the Delhi Police to ensure safe passage for the injured by deploying all resources, as well as to make sure they receive immediate emergency treatment.

The court has directed the Delhi Police to file the status report of the compliance, including information about the injured people and the treatment offered to them. The matter will be taken up at 2:15pm on Wednesday.

The death toll in clashes that rocked northeast Delhi over the past two days, has increased to 18.

The Delhi police, earlier, on Tuesday evening had issued a shoot at sight order in the city’s Yamuna Vihar area after fresh violence broke out in Jafrabad and Maujpur.