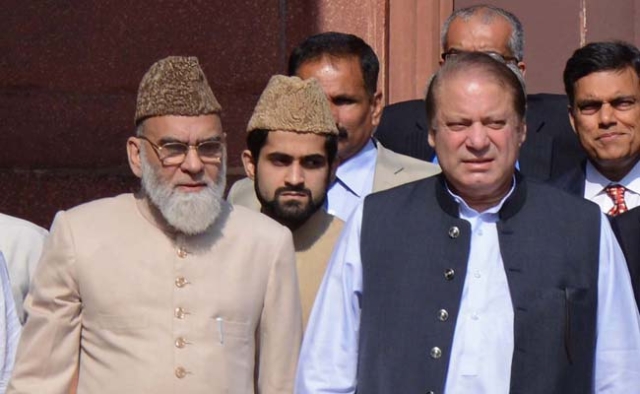 The Shahi Imam of Delhi’s Jama Masjid, Syed Ahmed Bukhari, has written to Pakistan Prime Minister Nawaz Sharif urging him to use his ‘good offices’ and ‘influence’ to persuade the Hurriyat Conference and Inter-Services Intelligence-backed ‘militant youths’ for a ceasefire in Jammu and Kashmir.

In the letter dated 22 June 2017, written on behalf of Indian Muslims, the Islamic cleric has claimed that the volatile situation in the Kashmir Valley has created a ‘trying situation’ for the followers of Islam in India and is affecting them ‘directly’.

“Therefore, I and Muslims of India earnestly appeal to you that the only practical way is to ease tensions on the border, normalising the situation and initiation of dialogue between the two nations,” the Shahi Imam has written in the letter.

He has said that the people of the Kashmir Valley are living under the shadow of AK47s and facing death and destruction.

"As a paradise on earth, the once peaceful valley known for its joyous life has today become a valley of tears. Thousands of people are living, under the shadow of AK-47, a life besieged by bloodshed. People all over the world once considered the Kashmir Valley as the paradise on earth and today it has become an abattoir,” he wrote in the letter addressed to Sharif.