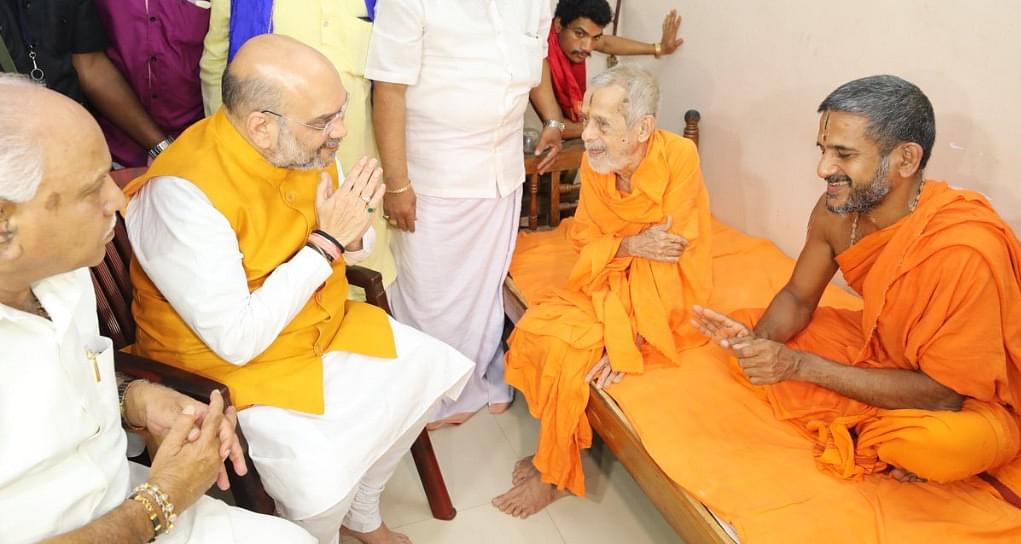 A recent Karnataka government attempt to bring Hindu mutts under state control was recently thwarted when the state Congress government reversed its proposal at the hint of Hindu vote consolidation around the issue.

The seer added that different policies shouldn’t exist for minority and majority communities. He also said that he was open to advising all parties. “Even if AICC president Rahul Gandhi comes here tomorrow, I will give him my suggestions. But it is up to the political parties to either accept or reject them,” he said.

He also suggested that the Mahadayi river dispute between Karnataka and Goa should be settled out of courts.

Also Read: Thanks, Siddu, For Sparing The Mutts. Now How About Freeing The Rest Of Karnataka’s Temples?