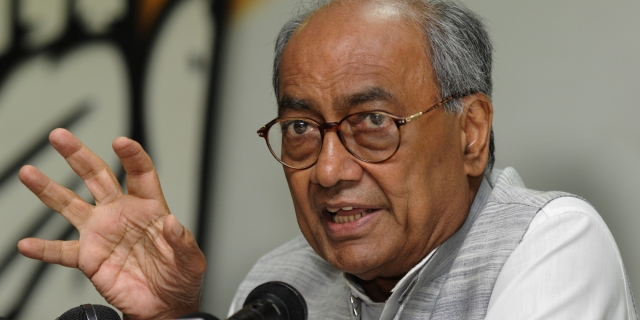 Expressing disappointment over Goa Governor Mridula Sinha’s move to invite the Bharatiya Janata Party (BJP) to form the next government in Goa, Congress leader Digvijaya Singh today (Tuesday) said that they would be meeting the former this afternoon and ask her as to why the saffron party was invited despite winning less seats in the assembly polls.

Singh’s remarks came after the conclusion of the Congress legislative meet that took place at the Congress House in Goa.

“She said that she would meet us at 1.30, we would have been happy had she met us earlier,” Singh said.

“We wrote a letter to the Governor asking for invitation to form the government, but we were not invited. We were waiting till yesterday. We also informed her about the petition filed in the Supreme Court, but our main concern is that despite established norms, she did not invite the single largest party to from government without hearing us,” he added.

He said that the issue of inviting Manohar Parrikar to form the government would also be raised with the Governor.