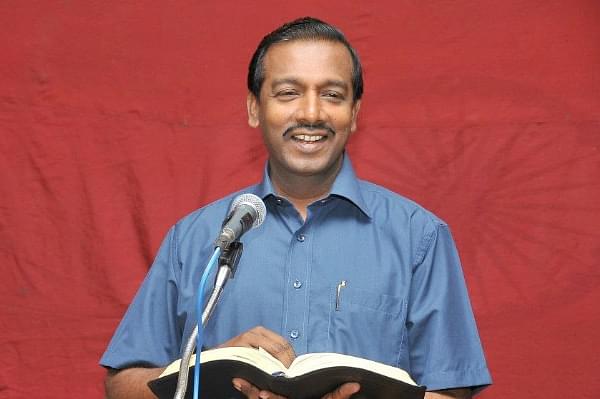 Videos of Lazarus making derogatory comments at an indoor meeting in Chennai back in 2016 had gone viral in social media and led to cases being filed on him.

"I make it immensely clear that it was never my intention to defy either the sacred places of Hindus or their Gods or any other faith for that matter. Yet, I feel with much remorse that my words had led to such kind of impressions among the Hindus. I assure that I would take adequate care so as to avoid such occurrences in future.", Lazarus said in his affidavit.

The complainants took cognizance of the apology and agreed to let the court have the final say.

Responding to Lazarus' apology Madras High Court Justice N Anand Venkatesh said that failure to practise religious tolerance would lead to alienation of fellow citizens and that this would eventually lead to disorder in the state.

"This Court would not hesitate to say that it is in fact the fundamental duty cast upon every citizen to 'preserve the rich heritage of our composite culture', and that such heritage and culture cannot be at any circumstance seen as one independent of the religious, cultural and civilizational sentiments that have been rooted, ingrained and etched in the history, soul and spirit of this nation", the judgment further said.

Lazarus is notorious for his fundamentaist views which include believing that the tsunami was god's revenge against idol worship, preaching that idol worship (and adultery) is the reason for India's poverty.

Lazarus was born in an affluent and pious Hindu family, and claims that he chose Christianity after an allegedly miraculous healing of his heart ailment.