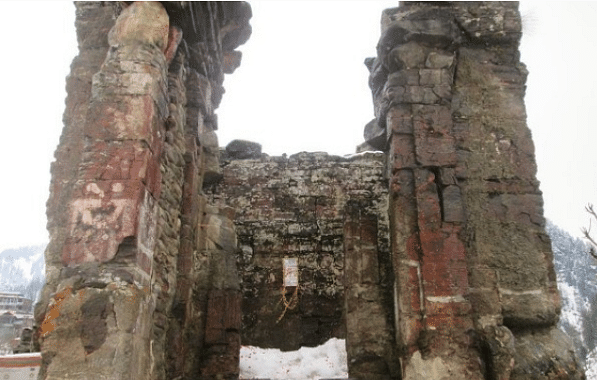 After deciding to open the Kartarpur Corridor for Sikh pilgrims, Pakistani government on Monday (25 March 2019) reportedly gave a green signal to the opening of Sharda Peeth, a place of high religious value to Kashmiri Pandits and Hindu pilgrims. It stands on the banks of Neelam river close to the Line of Control (LoC) in Pakistan Occupied Kashmir (PoK).

The news of its possible opening comes as a big confidence boosting measure (CBM) in view of the escalated and tensed India-Pakistan relations since the Pulwama attacks of Jammu and Kashmir.

However, Islamabad has not made an official offer to India on the matter yet. Pakistani officials have told journalists that the Imran Khan government had given “green signal” to opening up of the temple.

Pakistan's Express Tribune quoted foreign affairs ministry officials as saying: “After Kartarpur, a piece of big news is in the offing for Hindus. Some of the government officials will visit the area (Sharda Peeth) and submit a report to the Prime Minister.”

Presently in a decrepit state, Sharda Peeth was constructed in the first century by Kushan rulers. It is considered to be one of the 18 Shakti Peeths dedicated to Goddess Durga. Once regarded as the foremost centre of higher learning in the Indian subcontinent, the temple stands next to once-revered Sharda university, an ancient place of learning of Buddhism and Hinduism of which only ruins remain today.

Local parties like Peoples Democratic Party (PDP) had for long been demanding the opening of the Sharda Peeth. Welcoming the development, former Jammu and Kashmir chief minister and PDP chief Mehbooba Mufti took to Twitter to share her satisfaction with the development.

Not too long ago I had written to PM imploring GoI to reopen Sharda Peeth, a temple across LoC for Kash Pandits. An initiative like this at a time when Indo - Pak tensions are at an all time high could help navigate the current impasse. https://t.co/IYRyQ8v5U3