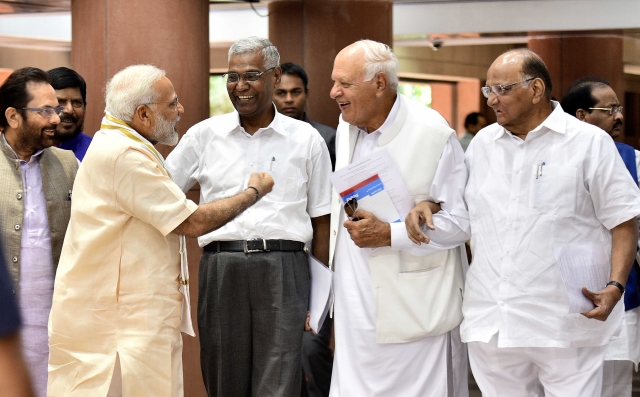 Abdullah commended Jammu and Kashmir Chief Minister Mehbooba Mufti for stating terrorism in the Northern state wouldn't end until proper talks were held with Pakistan, and went on to say that Modi seemed to be the person who could take it to a logical end.

He had stated that the government had come to power asking for votes in Vajpayee's name only to ignore them later.

"After coming to power, the BJP shelved the Vajpayee’s policy on Kashmir and instead adopted the iron fist policy," Abdullah had said.

He asked the Centre to emulate Vajpayee and hold talks with both Pakistan and the Hurriyat leaders.