Focus On English, Rather Than Arabic, Is Responsible For Terrorism: Pakistan National Assembly 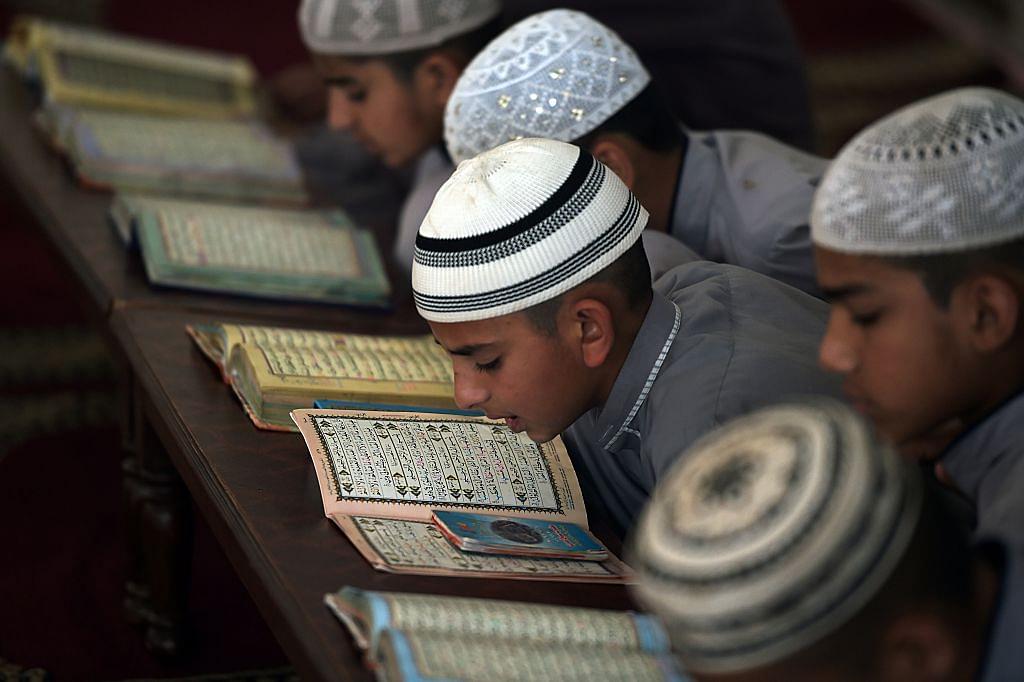 Pakistani students of a madrassa or Islamic school recite the Quran at their seminary in Islamabad. (AAMIR QURESHI/AFP/Getty Images)

Arabic not being actively included as a subject in the educational system of Pakistan is a primary cause for increasing acts of terrorism, members of the National Assembly Standing Committee on Cabinet Secretariat have said. They made this observation while debating the Compulsory Education of Arabic Bill 2015, which was moved by MNA Naeema Kishwar Khan, reports the Dawn.

A majority in the committee said that the focus and emphasis on the use of the English language, rather than on Arabic, is responsible for this menace of terrorism spreading. Muttahida Qaumi Movement (MQM) MNA Syed Ali Raza Abidi, however, argued that even people who speak Arabic can be terrorists and spread terrorism.

Committee member Nafeesa Khattak from the Pakistan Tehreek-i-Insaf (PTI) supported the bill, saying introducing Arabic as a compulsory language from “the start of education” would allow children to learn and understand the Quran and help a large number of people get jobs.

Committee chairman Rana Mohammad Hayat Khan responded that the inclusion of Arabic would not increase job opportunities, and paraphrased Allama Iqbal, saying those who study Arabic would only get jobs selling oil.

“Students who are serious about studying the Quran, they go to mosques early in the morning and after that they go to school,” he added.

PTI’s Asad Umer argued that the language of the Quran and its translation should be taught to students, claiming that 85 percent of mosques in Islamabad are run by those who do not preach what is mentioned in the Quran.

The Ministry of Capital Administration and Development Division (CADD) has decided to oppose the bill, as there are not enough teachers to teach Arabic as a compulsory subject.