Following UP Govt's Initiative, Centre To Promote 'One District One Product' To Push Rural Economy Across India 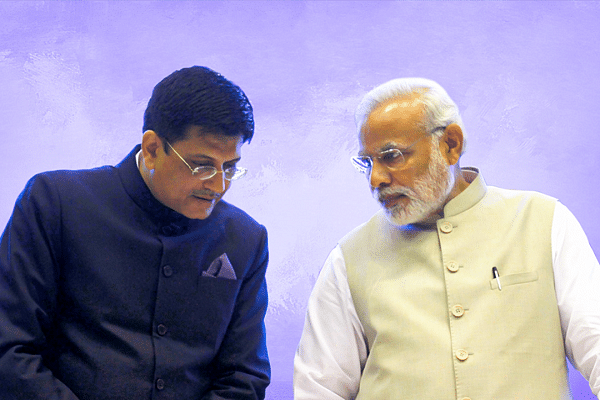 On the lines of Uttar Pradesh (UP) government's One District One Product (ODOP) plan, the Union Minister of Commerce and Industry is also going to come up with an institutional mechanism to promote the ODOP scheme across India.

The central ministry aims at explore the economic potential of the rural regions of the country and identify one product per district, Indian Express said in a report.

The Piyush Goyal-led Ministry has scheduled a meeting with the Industry Ministers of all states and Union Territories via video-conferencing in the coming days, mainly to discuss how the initiative could be taken ahead.

Started by the UP government nearly two years ago, the ODOP scheme has helped the state increase its exports by about 30 percent, as per state's Principal Secretary (MSME and Export Promotion) Navneet Sehgal.

Union Minister Piyush Goyal has also written to UP Minister for Industries, Satish Mahana highlighting the high potential the rural parts of the country hold in terms of labour, land and natural resources, that are the basic inputs in the manufacturing industry.

"In order to realise the true economic potential of rural India and align it with that of the clarion call of the Prime Minister to make Aatmanirbhar Bharat, the Ministry of Commerce and Industry is in process of putting in place a institutional mechanism to propagate One District One Product as a movement in the country with the help of all the state governments and Union Territories," read the letter.

"The objective is to identify one product per district based on the potential and strength of a district and national priorities, develop a cluster for that product in the district which is capable of producing world-class product with quality, scalability and a brand and also provide market linkages," the letter added.

Acknowledging the fact that the country was experiencing reverse migration in the wake of coronavirus-induced lockdowns as scores of migrants workers have returned to their native places, the Union Minister said the nation can turn it into an opportunity to establish a more geographically distributed model of development.

The initiative, as per the ODOP UP's website, aims at promoting manufacturing of indigenous and region-specific items in those areas. Some examples in the state of UP are the nutritious ‘Kala Namak’ rice, the rare and intriguing wheat-stalk craft, world-famous chikankari and zari-zardozi work on clothes among many other products.