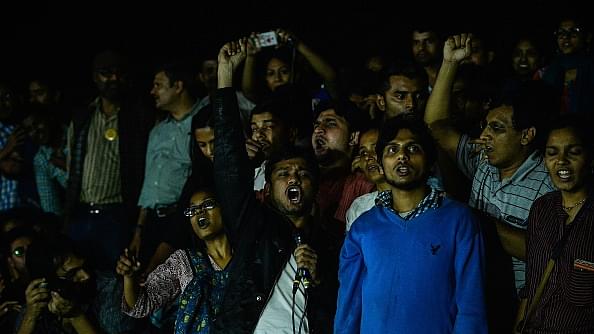 JNUSU vice-president Saket Moon slammed the move claiming that it is an attempt to initimidate the students.

The details of pending dues from hostel residents were released on November 20 by the assistant registrar of Inter-Hall Administration.

The reported quoted the Dean of students Umesh Kadam said “The hostel mess is run on a no-profit, no-loss basis. How are we supposed to run them when we have close to Rs three crore pending dues?"

According to an official, earlier, hostel rooms were double-locked in case a student did not pay the mess dues but the practice has been discontinued.

Saket Moon attributed the delay in paying the mess bill due to delay in fellowships dues which he claimed are disbursed once in either three or six months. He added that majority of JNU students pay their mess bills with it.

"If the UGC and the JNU administration ensure that these are timely, these dues would not accumulate," he said The JNU administration has brought out this notice fully aware of this reality, and thus, this is nothing more than an attempt to threaten students, he added.

There are around 8,000 students at JNU, says data available in the public domain with the university spends about Rs 556 crore per year on its functioning. It works out to a princely Rs 6.95 lakh per student annually.