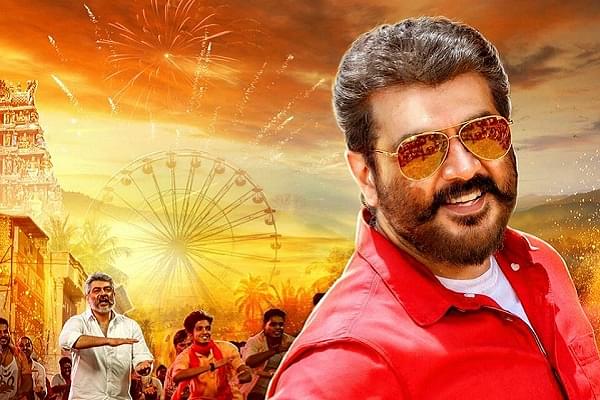 In a shocking incident in Vellore district of Tamil Nadu, a crazy fan of Tamil Actor Ajith set his father on fire for refusing to give him money to purchase the ticket for watching Viwasam on the day of its release, Tamil Samayam has reported.

Thousands of hysterical fans thronged cinema halls across the state today as they began screening Ajith-starrer Viswasam and Rajinikanth’s Petta early in the morning (10 January).

Frenzied fans burst crackers, performed milk abhishekam on their reel life hero’s cut-out besides singing and dancing in front of theatres since wee hours of morning. A select few theatres even screened Ajith’s Viswasam as early as 1 am in the morning to cater to the fans who lustily cheered on as cinema halls opened.

Ajit Kumar, hailing from Katpadi, was a fanatical fan of leading actor Ajith. He demanded that his father Pandi pay him money for purchasing a ticket to watch Viwasam on the day of its release.

The father though refused to give in to his demand as a result in a fit of rage, Ajit poured petrol and set to fire his father when the latter was asleep. Pandi sustained severe burn injuries and is currently admitted to a local hospital in a serious condition.

In another incident in Vellore, two fans of actor Ajith were stabbed after a squabble over sears in a movie halls. Prashant and his uncle Ramesh were involved in a fracas over a seat with another group of fans. In the melee both of them were stabbed.

They were rushed to the Adukkamparai Government Hospital. Condition of Ramesh is stated to be critical. Vellore district police are currently on the lookout for 4 people who are accused of stabbing the duo and are on the run.

In another incident, five overzealous fans of Tamil actor Ajith Kumar were grievously injured when his cutout collapsed while they were performing milk Abhishekam on it to mark the release of his latest movie Viswasam.

According to reports in Tamil media, few fans of Ajith clambered on to the huge cutout at Srinivasa Theatre in Thirukovilur, Villupuram district, to perform milk abhishekam on the opening day of his much-awaited movie Viswasam. When the cutout collapsed, the fans suffered grievous injuries and were rushed to a nearby hospital.