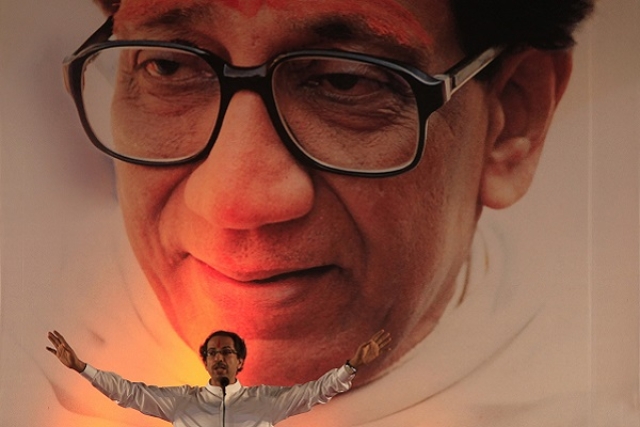 In order to address reservations of some allies in the Congress-led 'Maha Aghadi' in Maharashtra, the proposed name of the new upcoming alliance with Shiv Sena is likely to be 'Maha Vikas Aghadi', party sources said on Thursday (21 November).

Until now, the Shiv Sena had been terming the prospective alliance as a 'Maha Shiv Aghadi', but after suggestions from some smaller allies of 'Maha Aghadi', it has been made more neutral by replacing 'Shiv' with 'Vikas'.

"We hope this will have universal appeal and even the Shiv Sena may not have any objections. Plus, it supplements the upcoming Sena-NCP-Congress government's prime agenda of 'vikas' or development," a Congress leader told IANS, preferring not to be identified.

He explained that some smaller parties had objected as to why only the Shiv Sena's name should be visible in the 'Maha Shiv Aghadi' especially when it was a part of the former 'Maha Yuti' alliance with the Bharatiya Janata Party and other parties supporting the saffron group for the past more than 25 years.

"We are optimistic that after the government formation, efforts are finalised. The new entity will be known as 'Maha Vikas Aghadi' government working as a united front (aghadi) for the progress (vikas) of Maharashtra (Maha)," the Congress leader added.

With a neutral name in the offing, other 'Maha Aghadi' allies of the Congress-NCP like CPI, Swabhimani Shetkari Sanghatana, Peasants & Workers' Party and others who have had decades-long political rivalries and fought with the Shiv Sena at various levels will feel mollified.

Probably sensing the winds of change, Sena MP Sanjay Raut said earlier today that the foundation of India and its Constitution is based on the word 'secular'.

Replying to a question whether the Congress was insisting that the Sena discard its Hindutva agenda before finalising an alliance, Raut, surprisingly, sang a secular song.

"The country's very foundation and the Constitution are based on the word 'secular'. You do not ask farmers or the jobless or, the hungry their castes or religion...All stakeholders in the country are secular," Raut asserted.

He said that Chhatrapati Shivaji Maharaj always took people of all religions and castes together and the late Sena founder Balasaheb Thackeray had first mooted replacing the Constitution of India with religious texts for the swearing-in before the courts.

Going out of the way to convince the NCP-Congress top leaders of its glittering new credentials, the party has considerably watered down its 'Hindutva' line -- Sena president Uddhav Thackeray has kept mum on Ram temple for the past two weeks and even postponed his planned visit to Ayodhya on 24 November; the party withdrew its minister Arvind Sawant from the Union cabinet; and it is gradually taking cudgels on behalf of the Opposition on certain issues.