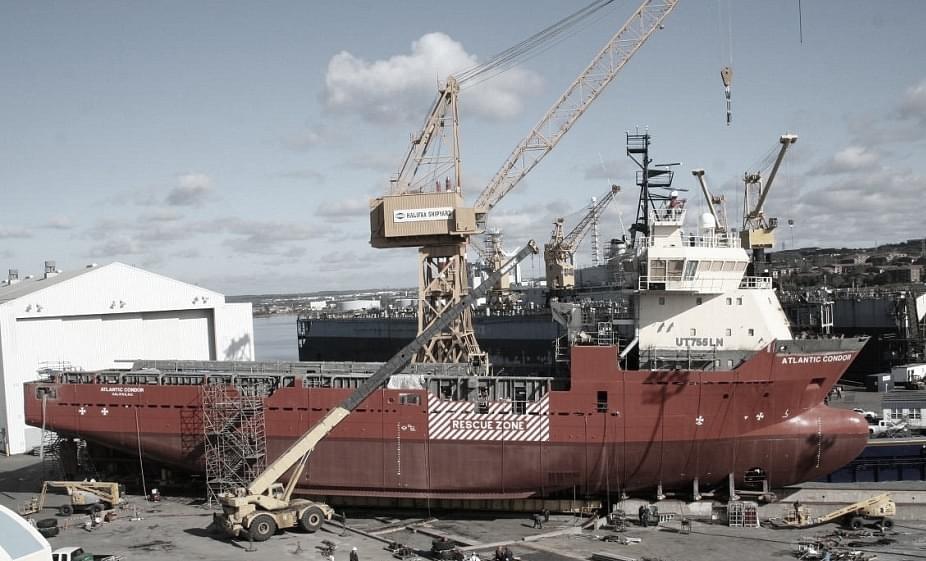 In pursuance of ‘Make in India’ policy of the government, Ministry of Shipping has reviewed the ROFR (Right of First Refusal) licensing conditions for chartering of vessels/Ships through tender process for all types of requirements, according to an official release.

To promote the demand of the ships built in India, priority in chartering of vessels is given to vessels built in India, flagged in India and owned by Indians under the amendments in the guidelines of ROFR(Right of First Refusal), the release said.

According to the release, now it has been decided that for any kind of charter of a vessel undertaken through a tender process, the Right of First Refusal (RoFR) would be exerted in the following manner:

The duration of licence to such chartered vessel shall be limited to the period of building of the ship, as mentioned in the shipbuilding contract.

It is to be noted that Ministry of Shipping has made provision for long-term subsidy for shipbuilding activities under shipbuilding financial assistance policy (2016-2026).

"The ministry has already disbursed an amount of Rs 61.05 crores till date under this policy. It is an endeavour of the government to further incentivise shipbuilding by providing additional market access and business support to ships built in India," the release said.

The revised guidelines will give a boost to the domestic shipbuilding and shipping industries, the release added.

Minister of State for Shipping Shri Mansukh Mandaviya said, “Ministry of Shipping is working with a focused approach to promote shipbuilding in India as per AatmaNirbhar Bharat vision of our Hon’ble Prime Minister Shri Narendra Modi. The revision of RoFR licensing conditions is a giant step towards AatmaNirbhar Shipping. It will promote ‘Make in India’ initiatives through self-reliance and will give a strategic boost to domestic Ship building industries, contributing towards long-term economic growth of India”.