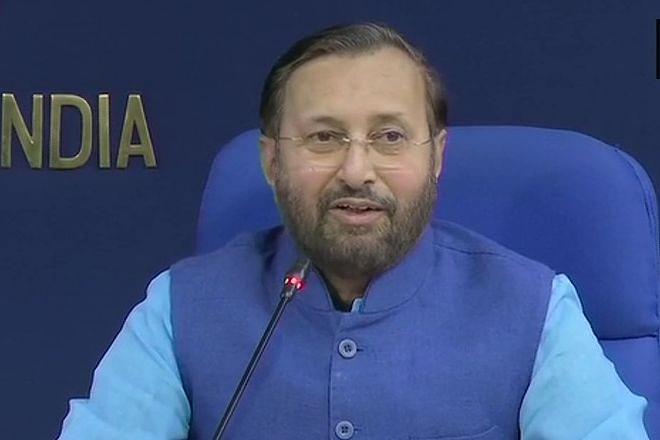 Union Minister of Information and Broadcasting Prakash Javadekar on Monday (16 November) said that the government is mulling over a new code of conduct for news channels in addition to strengthening the regulatory mechanism for news media, reports Times of India.

Speaking on the occasion of the National Press Day, Javadekar stressed that the government wanted to refrain from interfering in news media. However, the ministry is considering some regulatory issues as people are demanding for more powers to be given to the Press Council of India (PCI).

“Freedom of press is being discussed again today and I said that the way press freedom is being attacked, that is not good… Press Council of India (PCI) is another mechanism of self-regulation. Though the head is appointed by the government, it has representatives of press owners, editors, journalists, photographers and parliamentarians. But people are demanding that the PCI should be given more powers. That is also being considered,” Javadekar was quoted as saying in a webinar.

The I&B Minister acknowledged the absence of a regulatory body for TV news. He said that the National Broadcasting Standards Authority (NBSA) is an establishment in which complaints can be registered and the body even punishes the culpable channels. However, Javadekar said that several channels are not a member of the NBSA, which allows them to operate without any restrictions. “Such a system cannot exist,” the minister said.

The Rajya Sabha MP revealed that the government never interfered with the BARC as advertisers and broadcasters were in unison. However, the I&B ministry is now looking to reinforce the mechanism of TV ratings.

“Now the time has come that we have to interfere... How to kill the possibility of manipulation, we have created a committee for it, and it will give a report soon on what is possible,” Javadekar stated.

He also expressed concerns over the lack of a regulating body for OTT platforms.